PHNOM PENH, 29 October 2021: Destination Mekong, the marketing affiliate of the Mekong Tourism Coordinating Office, is about to embark on a membership drive to urgently raise funds.

Founded in 2017 by Jens Thraenhart, who up until this month held the post of executive director at MTCO, Destination Mekong announced last week it is establishing an operations office in Phnom Penh, Cambodia.

It is currently being incorporated in Singapore, a process that should be completed in November.

Heading the marketing organisation is the newly appointed chief executive officer Catherine Germier-Hamel. Her immediate task is to launch a membership drive that seeks to recruit 1,000 members by the end of the year.

Thraenhart is now in Barbados, officially assuming a new role as the CEO of Barbados Tourism Marketing Inc, before heading off to the World Travel Market in London next week.

“The priority is to raise funding based on the concept of “giving a little to get a lot back — it’s like joining a pot luck dinner where we contribute a dish and enjoy a feast. We have to raise money to make it happen.”

The top priority is to raise membership fees, with the target set at 1,000 new members by the year-end. Until 31 December, enrolling members pledge to pay USD5 a month for the first three years, discounted from the standard USD15 a month fee. Paid annually by credit card through the Destination Mekong website, 1,000 early-bird joiners will sign up for USD60 a year for the first three years, when the fee will increase to USD15 a month (USD180 annually).

Based on Thraenhart’s forecast 1,000 early-bird members could raise USD60,000 a year, which would cover some of Destination Mekong’s basic expenses during the initial three year period before the full fee scale kicks in.  But he insists that a target of million members in three years is “doable.”

Destination Mekong’s management team will canvass big corporations in travel and hospitality worldwide that want to support Mekong tourism by backing specific projects financially in cash or kind.  DM has a swath of “Mekong branded” productions and projects such as Mekong Collection, Mekong Moments and its latest addition Mekong Stories.

MTCO’s ability to raise funds was stymied over the years due to the absence of legal qualifications to meet donor and foundation requirements to disburse funding. DM will be incorporated to allow international foundations to fund its projects.

But Thraenhart acknowledges non-government organisations that already have training and capacity building programmes could work with DM to connect with tourism entities in the Mekong. DM would deliver a ready-made audience in the six-member countries of the Greater Mekong Subregion*.

“Destination Mekong has the programmes already in place and can now monetise them,” said Thraenhart.

Destination Mekong’s success will largely depend on how the management team leverages the METAC Advisory group, consisting of around 110 travel executives who are based in the region and volunteer their time and expertise to provide valuable feedback.

“We have many projects,” Thraenhart commented,” We will have to look at various programmes and identify those that can drive revenue or branding… If we don’t raise funding, it won’t happen … we have got to recruit paying members.” 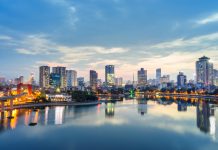