He was travelling with the junta chief minister for Ayeyarwady Region after attending the tourism ceremony when four local resistance forces based in Myanmar’s delta region attacked the military convoy killing at least 10 soldiers, local media claimed.

Myanmar Now reported the assault was carried out using homemade explosives on a 45-km section of road from Chaungtha to Pathein, the provincial capital.

Locals said that the military council’s hotels and tourism minister Htay Aung and Tin Maung Win, the Ayeyarwady Region chief minister, were returning from Chaungtha and Ngwe Saung beaches after attending “travel season openings” at one of the junta’s owned hotels.

State-run newspapers reported on 16 November that the ministers had attended the “high season” launch events at the Azura Hotel – owned by junta chief Min Aung Hlaing’s son – in Chaungtha and Yamonna Oo Resort in Ngwe Saung but omitted to mention the attack.

However, in a joint statement released on Tuesday, the Pathein Western Defence Force, the Beach Defence Force, the Delta Guerrilla Warfare Coalition Force, and the Ayeyarwady Wild Boar said their members struck the convoy with improvised mines.

“The convoy got hit by our mines. The soldiers returned fire, and we exchanged shots for about five minutes,” a spokesperson for the Beach Defence Force claimed.

Global New Light of Myanmar, the official voice of the military junta, confirmed in a 16 November report that the Union Minister for Hotels and Tourism Dr Htay Aung attended the Ngwesaung Beach Travel Season Opening Ceremony at Yamonna Oo Resort. The ceremony was organised by the Ayeyawady Region Government and attended by Ayeyawady Region Chief Minister U Tin Maung Win and officials, hotel entrepreneurs and hotel managers.

Htay Aung spoke about the urgent need to improve garbage and waste collection at Ngwesaung Beach for long-term sustainability during the opening ceremony.

He noted that the military’s Health and Safety Protocol would provide safe services to tourists and staff from the hotels and tourism industry while encouraging government, business persons, and local people to work together to make Ngwesaung Beach an enjoyable destination for tourists.

The Union Minister also observed the operation of hotels under the Covid-19 guidelines on the beach and attended the Travel Season Opening Ceremony held at Azura Hotel in Chaungtha Beach, just a few hours before the attack, Myanmar New Agency reported.

A former Hotels and Tourism Minister, Htay Aung, came out of retirement earlier this year to accept the military junta’s invitation to head the ministry. A well-known figure in regional tourism in Southeast Asia and widely respected as a thought leader, Htay Aung’s decision to align with the military junta surprised tourism executives who had worked with him on projects pioneering sustainable tourism values in the country. Some of them called on the minister to support efforts to free tour guides and travel executives who have been imprisoned without trial since the military coup last March without success. Usually, an eloquent speaker at regional tourism webinars, the affable minister has been conspicuous by his absence in recent months, but he might make an appearance during the ASEAN Tourism Forum next January in Sihanoukville Cambodia. 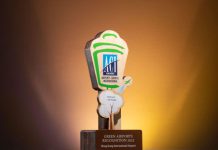 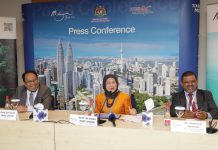