WASHINGTON, 29 March 2021: US travel and hospitality companies with business interests in Myanmar will come under extreme scrutiny following the US Department of Treasury updated financial sanctions on two military companies in Myanmar.

The US Department of the Treasury’s Office of Foreign Assets Control (OFAC) tightened financial sanctions as the death toll from what peaceful protesters call ‘military terrorism’ rose to more than 300 at the weekend. Soldiers under junta orders roamed city streets, gunning down residents, including young children.

Under the latest rulings from the US Treasury Department, international hotel brands based out of the US and travel booking companies such as Booking.com, Expedia, and review site Tripadvisor will have to demonstrate the revenue generated by the sale of travel and hospitality services in Myanmar does not filter through to companies linked to the military.

The slightest hint of a link with the junta and its associates will prompt investigation damaging their image and compromising corporate social responsibility initiatives worldwide.

The Burmese military controls significant segments of the country’s economy through these holding firms, which enjoy a privileged position in the Burmese economy. The companies dominate certain sectors of the economy, including tourism, telecommunications, trading, natural resources, alcohol, cigarettes, and consumer goods.

The US Treasury Department said, “these sanctions specifically target Burma’s military regime’s economic resources, which is responsible for the overthrow of Burma’s democratically elected government and the ongoing repression of the Burmese people. These sanctions are not directed at the people of Burma.”

“The United States stands with the people of Burma and urges a return to its democratically elected government,” said Director of the Office of Foreign Assets Control Andrea Gacki. “By designating MEC and MEHL, Treasury is targeting the Burmese military’s control of significant segments of the Burmese economy, which is a vital financial lifeline for the military junta.”

MEHL and MEC are designated pursuant to Executive Order (EO) 14014, “Blocking Property With Respect to the Situation in Burma for being owned or controlled by the military or security forces of Burma.”

MEHL is a vast and secretive military conglomerate; it has business interests spanning the Burmese economy, from banking, trade, logistics, construction, and mining to tourism, agriculture, tobacco, food, and beverage. MEHL’s shareholder data show that profits are systematically distributed to Myanmar’s military, including those responsible for widespread human rights abuses. MEHL also has 1,793 institutional shareholders, which include regional military commands and subordinate battalions, divisions, platoons, squadrons, and border guard forces.  Shares are distributed across the armed forces with no public accountability, creating secret slush funds that the military uses to augment its operational budget.

“MEC was established in 1997 with the declared objectives of contributing to Burma’s economy, fulfilling the needs of the military, reducing defence spending, and ensuring the welfare of military personnel. Today, MEC is a holding company with businesses in the mining, manufacturing, and telecommunications sectors, as well as companies that supply natural resources to the military and operate factories producing goods for use by the military. MEC is led by Sr General Min Aung Hlaing, whom OFAC designated on 10 December 2019, pursuant to EO 13818 in connection with serious human rights abuses, and pursuant to EO 14014 on 11 February 2021, in connection with his role in leading the 1 February 2021”.

“As a result of today’s action pursuant to EO 14014, all property and interests in property of the entities named above that are in the United States or in the possession or control of US persons are blocked and must be reported to OFAC.  Also, any entities that are owned, directly or indirectly, 50% or more by one or more blocked persons are also blocked.”

Ultimately it will force US-based hotel chain to rethink their business relations in Myanmar if revenue, even for land rental and leases, eventually ends up in military coffers. US companies will have to show that none of the income earned on their sites or through their marketing goes to the military-run companies, even indirectly.

It is very likely that to avoid the investigations and criticisms, US-headquartered hotels and travel content providers will suspend or curtail booking services for Myanmar that will cripple bookings when travel resumes post-Covid-19.

OFAC is also issuing four General Licenses (GL) and related FAQs.  Specifically, the GLs refer to the US government’s official businesses or other international entities; the support of non-governmental organisations and the authorising of the wind-down of transactions involving Myanmar Economic Corporation and Myanma Economic Holdings Limited.”

While not stated, some of the GLs springing from the sanctions could impact UN agencies’ activities. In the tourism arena, the future role of UNWTO projects in Myanmar could be at risk. It may also affect UNESCO, currently considering historical and cultural sites in Myanmar for accreditation on its World Heritage List. The process requires close cooperation with the Ministry of Hotels and Tourism, headed by an ex-general and close associate of the junta.

For an organisational chart of the United Nations, which lists the Programmes, Funds, and Other Entities and Bodies, as well as the Specialised Agencies and Related Organisations covered by  the  Treasury Department GL, see the following page on the United Nations website:  https://www.un.org/en/pdfs/un_system_chart.pdf 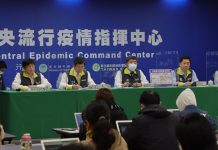