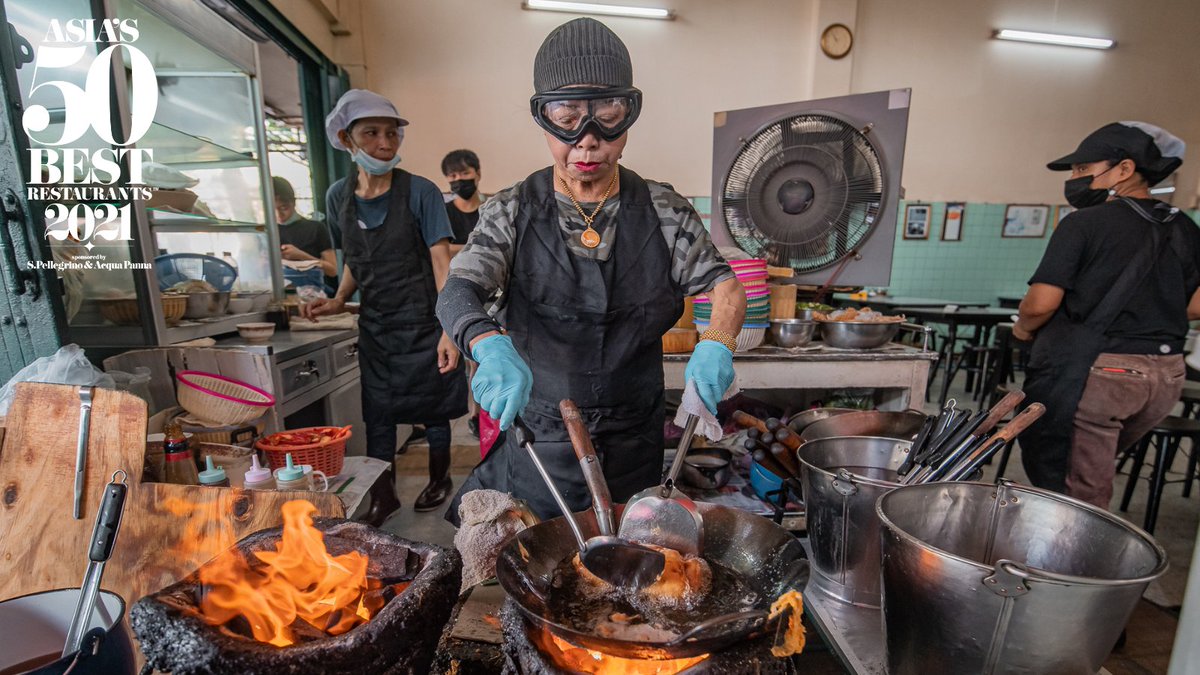 Ahead of the announcement of Asia’s 50 Best Restaurants 2021 on 25 March 2021, the 50 Best organisation revealed the first of its pre-announced awards. Voted for by experts from across Asia, Supinya ‘Jay Fai’ Junsuta was lauded with the prestigious Icon Award, while her hawker-style shophouse-based restaurant in the Thai capital was named one of ‘Asia’s 50 Best Restaurants 2021’.

These most recent accolades only add to her growing superstar status. In 2018, Jay Fai was recognised as a star in the first-ever Michelin Guide Thailand in the process of becoming the earliest Thai street food restaurant to receive the honour.

It is only fitting that after receiving a Michelin star that Jay Fai would also be featured in a Netflix’ documentary series ‘Street Food Asia’, leading to even more exposure than she ever dreamt possible. It also now means that her legion of loyal customers must now reserve tables in advance by email.

This year, the virtual ceremony of Asia’s 50 Best Restaurants 2021 will be streamed live on Facebook and YouTube on 25 March.

Due to the current COVID-19 outbreak, international travel is limited at the moment. However, this press release is meant to serve as an inspiration for future trips to Thailand once the pandemic has come to an end.