“Malaysia Airports is pursuing its legal rights to recover the debt from AirAsia X which is critical for the upkeep and maintenance of the airports,” the MAHB statement read.

MAHB argues that the fees are supposed to be ploughed back into the business to sustain airport operations and ensure service levels continue to be delivered to passengers. However, it argued that its legal action would neither ‘cripple AirAsia X plans’ nor ‘force AirAsia X to fold’, as claimed in the news report in The Star.

AirAsia X responded to the MAHB statement saying the alleged MYR78 million outstanding amount owed to the airport authority was “largely made up of the MYR23 difference per passenger in the Passenger Service Charges (PSC) which was never collected by the airline.

AirAsia X argues that the increased charges could not be justified due to “substandard facilities and services which we strongly believe should not be imposed on passengers with higher fares.”

The airline’s statement concluded: “As all travel-related industries are the worst-hit sectors due to these unprecedented challenges, we strongly believe that airlines, airports and other travel-related businesses should work closely together to weather these extremely difficult times, come back stronger and make Malaysia the biggest travel hub in the region.” 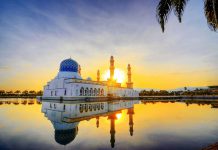