BANGKOK, 28 January 2020:  Freeland, an international counter-trafficking organization, calls on the Chinese government to take bold steps to introduce a permanent ban on wildlife trade following its announcement to suspend trade to slow the coronavirus outbreak.

“China is to be congratulated for taking such a bold move to ban the wildlife trade, and we should encourage China to keep this ban in place permanently,” said Freeland founder Steven Galster, who has been investigating wildlife trade for 28 years.  “A sustained ban will save human lives, and contribute to a recovery of wildlife populations worldwide.”

China is the world’s number one consumer of wildlife, with the United States in second place.

The Coronavirus outbreak’s epicentre was in Wuhan’s Huanan Seafood Market.  That market and locally available online menus listed a wide variety of animals for sale, including kangaroo, wolves, turtles, civets, donkeys, camels, dogs and many more.

“Dangerous outbreaks that threaten people globally, like Coronavirus have been tied to animal trade before.  We need to learn from this. The deadly SARS epidemic was traced to consumption of commercially available civets (similar to a raccoon) in China.  The deadly H5N1 epidemic was tied to birds.  HIV was traced back to primates.  Viruses can jump from animals to people.  The list of outbreaks will only get longer, endangering more people, so long as we allow trading of wild animals to continue.  Commercial wildlife trade cannot be controlled because most of it is supplied and driven by organized crime.”

Freeland recently finished an extensive study that showed the legal trade in wildlife is estimated at several billions of dollars annually, but the illegal trade is estimated to be 10 times that size. “China must avoid certain measures it took under SARS when it killed thousands of animals to prevent further outbreaks,” added Freeland-Asia managing director Onkuri Majumdarat.  “If we leave them in the wild, such outbreaks won’t occur,” she added.  “This problem is caused by human consumption, lack of enforcement, and human greed.” 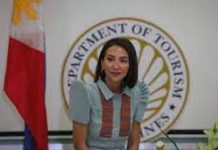 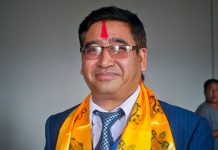