SINGAPORE, 7 January 2020: It is not a good start to 2020. We may have looked forward to the New Year counting down to a new decade hoping for a better world, but within days, much of the optimism we shared as been swept aside by forboding and fears.

When US President Donald Trump ordered the assassination of  Iran’s second most powerful leader, Major General Qasem Soleimani, the drone attack delivered a knockout blow to optimism. We hoped a new decade might usher in positive change to make our world a safer place.

Trump has squashed any hope of finding a peaceful solution to the cycle of senseless violence in the Middle East. We could face an escalation of the military conflict in the oil-rich region that could ultimately engulf the world, at a time when leaders should be joining forces to tackle the global climate emergency that threatens our planet.

The climate change crisis will be placed yet again on the back burner when it should be the priority for all nations. Once again, climate change is the loser as world leaders preoccupy themselves with the problem of how to respond to US policy in the Middle East that runs amok at the behest of a lunatic leadership.

Leaders duty-bound to care for the security of their citizens have issued statements in response to the US drone attack that could place their citizens in the line of fire; at risk of retaliation when travelling overseas. The UK and US governments have advised citizens to leave Iraq for safety reasons, but to a large extent, leaders are to blame for an abject failure to find a peaceful road forward after decades of mistrust and conflict in the Middle East.

In the day-to-day world of travel, the Middle East market will go into a tailspin. Fuel prices will soar, while the threat of a region-wide war escalates. It could ultimately spin out of control, prompting an economic downturn for Middle East airlines and a loss of traffic to popular aviation hubs such as Dubai.

At best we should expect rising fuel costs that will quickly translate into higher fares followed by declines in travel bookings to and from the Middle East.

Bush fires have raged in Australia since last August, and in recent weeks mega blazes have engulfed  New South Wales and parts of Victoria. Thousands of tourists and residents were forced to flee their homes and holiday accommodation over the New Year.

Now authorities are warning the fires could continue for “many more months” as the country faces a disaster of an unprecedented magnitude.

Intense dry conditions, strong winds and rising temperatures soaring to almost to 50 degrees centigrade are blamed for the inferno that has scorched large tracks of farmland and forests, killed 24 residents destroyed thousands of residences, decimated wildlife and disrupted the rural economy of coastal New South Wales and parts of Victoria.

TV channels estimated as many as half a billion wildlife and domestic animals have perished in bush fire infernos. They expect it could take decades for the ecology to recover.

The end is not in sight, and most of the blame is placed at the door of global climate change. Australians are scornful of the government’s response, claiming nothing was done to tackle the threat of climate change and the growing threat bushfires over the last decade.

Garuda may have grabbed the title the world’s most punctual airline in 2019, but if accusations of sexual harassment in the workplace prove true, 2020 is not shaping up well for Indonesia’s national airline.

Late last year, the airline was embroiled in a scandal when Customs accused the now-disgraced president, Ari Askhara, of shipping a Harley Davidson and spare parts illegally on Garuda flights.

Now online news services allege air hostesses are forced to offer sexual services to high ranking executives. Allegations surfaced on a Twitter thread posted by an anonymous user who ‘Coconuts Jakarta’ identified as the “whistleblower responsible for revealing many purported injustices that have been going on within Garuda.”

Sexual harassment in the workplace is a topic that will gain much more traction in Southeast Asia as the year progresses, particularly in the hospitality and airline industries across the region. It’s a subject that is often swept under the table and ignored. However, when a whistleblower raises the alarm at a national airline on the scale of Garuda, the region’s tourism and aviation leaders should take note and recognise the efforts of those who are battling for gender rights and join the campaign to end the widespread culture of sexual harassment.

The legal definition of sexual harassment is explained as: “Unwanted conduct of a sexual nature, which is intended to, or has the effect of, violating a person’s dignity or creating an intimidating, hostile, degrading, humiliating or offensive environment for them”.

But what does that mean in practice? Sexual harassment comes in many different forms, whether that be verbal or physical and the travel and hospitality industry needs to recognise it and address this issue squarely during 2020 rather than banishing it to a closet. 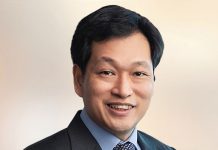 Covid-19 a wake-up call for humanity