SINGAPORE, 12 December 2019: With the dawn of a new year just days away we take a look back at the milestones that impacted Asia’s travel trade in 2019.

Brunei was in the news in late March when its ruler announced the ratification of Draconian laws that targeted the LGBT community.

Brunei had happily adopted the inhumane penal code and punishments of British colonial rulers a century earlier, but in recent years it embraced even stricter rules under ‘Sharia’ law.

It prompted a global boycott campaign targeting hotels owned by the royal family. Gathering steam the boycott ultimately forced the country to postpone laws that included stoning for adultery and sodomy.

But keep an eye on the tiny nation once the ATF travel extravaganza concludes, and the travel influencers and PR gurus depart for home. Brunei’s extreme interpretation of Sharia law will make a comeback.

A coordinated terror attack that killed  259 people including 45 tourists on Easter Sunday in Colombo Sri Lanka shocked the world.

Sri Lanka suffered decades of violence during a civil war without a single tourist casualty, but the April 2019 the bombing of churches and hotels deliberately targeted tourists. Confidence in Sri Lanka sank to an all-time low and massive holiday cancellations followed plunging hotels and the travel industry into debt and despair.

But Sri Lanka is now experiencing recovery, although possibly not at a rate to eliminate the losses inflicted following the bombings. Promotions are gearing up, and the travel trade in Sri Lanka is now predicting an up-turn in 2020.

An international rescue effort in 2018 that evacuated 11 teenage footballers and their coach from the flooded chambers of Tham Luang cave in Chiang Rai province, Thailand, caught the world’s attention. Back in July this year the famous cave hit the news once more when it reopened to visitors along with an impressive pavilion honouring the rescue teams and the Thai Navy Seal hero who died during the search of the flooded chambers. Over 1 million tourists have since visited the cave and pavilion.

It remains a dramatic example of what nations can achieve through teamwork and that message should filter through to the travel industry as it heads for 2020. Teamwork across borders is essential for tourism to prosper.

Unfortunately, Thailand has seriously damaged its tourism reputation in other areas during 2019 mainly blamed on the Immigration Bureau for accelerating a campaign called “Bad guys out, good guys in” that failed to differentiate between the two.

One sore point for genuine tourists and long-stay visitors is the requirement that foreigners must report any changes of address for stays of  24 hours or more.

In most cases, hotels report details of foreign guests using a TM30 form, manually or online, but as more visitors book Airbnb or use homestay accommodation, the reporting becomes a hassle for landlords. In some cases, the Airbnb host is an absentee landlord unable or unwilling to comply with the TM30 rule.

If they fail to report the responsibility, then shifts to the tourist. They may face an immigration bureau fine when they leave the country or when visiting the bureau on other business. We should not assume that tourists are immune to the government directive on the TM30.

The reintroduction of strict reporting rules, ignored for 30 years or more, is now a negative issue that generates the most comments. Whatever the Immigration Bureau says to the contrary, it is has become a deterrent that will damage tourism.

In 2020, Thailand’s steady adoption of more stringent measures will continue, including the Ministry of Public Health call for mandatory insurance for the long-stay visitor.  Ultimately it will dampen the welcome message and deplete the tourism coffers.

Travellers who feel unwelcome will go elsewhere, and that is likely to become a dominant trend in 2020 as neighbouring destinations throw their doors open to attract more tourists. 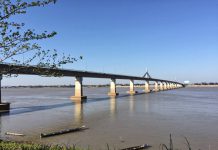 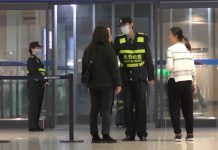 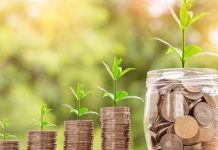