SINGAPORE, 29 December 2019: Princess Cruises has announced its 2021 Alaska season with eight ships calling to 17 destinations on 11 unique itineraries from five homeports. Also included in the 2021 season are 25 cruisetour options which combine a 7-day Voyage of the Glaciers cruise with multiple days on land, scenic rail travel and overnight stays at Princess Wilderness Lodges.

Highlights of the 2021 Princess Cruises Alaska season, running from May through September, include:

In addition to Alaska cruises, Princess Cruises is the only cruise line to own and operate five Alaska wilderness lodges, all located riverside near national parks. Cruisetour highlights include: 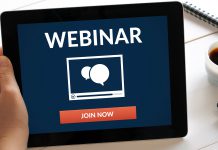