SINGAPORE, 11 October 2019: Every day thousands of tourists soak up life on the Mekong River, the seventh longest river in Asia.

They take cruises, stay at boutique hotels or tuck into a grand lunch at a riverside restaurant.  The river is the most compelling reason they travel to a string of destinations in the six Mekong Region countries.

Yet it is in mortal danger as countries dam the flow, and that threatens the very existence of rural communities, the economy, agriculture, fisheries, essential transport and in recent years tourism.

Tourism is billed as a lifesaver that brings countless job opportunities and lifts towns and communities out of the poverty trap.

Thailand’s entire tourism strategy today revolves around the challenge of dispersing millions of tourists to second destinations, and many of them are towns on the Mekong River.

The river lends its name to a very successful marketing effort funded by the six countries Cambodia, China, Laos, Myanmar, Thailand and Vietnam.

Together they create campaigns and initiatives like the recent MIST that recognises and supports travel startup companies in the six-county region.

For decades the Mekong Tourism Coordinating Office languished on the fringes of mainstream tourism. Today its voice is heard in major tourism summits including the auspicious gatherings of the UNWTO.

Optimists in tourism and there are many, suggest Mekong Tourism is on the cusp of success.

Yet there is the clear and present danger that this iconic river flowing from the Himalayan ranges in China to Vietnam’s rice bowl delta on the South China Sea will be transformed into a series of artificial stepped lakes as governments build more dams.

Save the Mekong Coalition this week highlighted the crisis spelling out the stark reality that we could be the last generation to cruise down this river or even admire its vastness and power.

There is no finer sight than catching a glimpse of this magnificent river from a viewpoint on the meandering roads that skirt its banks. Cycle and motorbike tours explore what Michelin calls its “green routes,” roads that promise awesome views and attractions.

The river is a driver of sustainable tourism in the region, and that role will be in jeopardy if plans for multiple dams materialise.

Sadly the pleas of Save the Mekong Coalition are ignored by the travel industry that thrives off the Mekong River “tourism gems” and assets.

In the past, the travel industry could escape criticism by saying it was “none of our business.”  Today, sitting on the fence is an unacceptable response. The Mekong Region’s tourism industry should be more vocal on issues that seriously impact on the region’s greatest asset — its river.

The MTCO is funded by the six governments and that simple fact muzzles any attempt by its director to speak out against the construction of dams on the river. It would be career suicide.

Asian Development Bank is a keen supporter of Mekong Tourism and backs MTCO activities designed to improve the tourism economies of Laos, Cambodia and Vietnam. It too is failing to lend its voice to campaigns to save the river.

Save the Mekong Coalition rightly points out there are alternative clean energy sources emerging that could ultimately make dams obsolete.

Our report on the Save the Mekong Coalition campaign earlier this week gained just one comment.

The reader who sailed the navigational sections* of this mighty river said; “The Mekong River is really threatened. With the three dams, you mentioned it would be the last days of the mighty and mysterious Mekong River.

Also, down in the south, a dam will destroy Si Phan Don as one of the last natural paradises in mainland Southeast Asia. After that, the next river to destroy will be the Salawin River in Myanmar.”

Continuing in silence while pursuing commercial gains is not going to work. As tourism executives, we don’t exist in a bubble. We are part of communities and we cannot standby and watch a river die because we think it is “none of our business”. Let’s make it our business.

*: A one-off trip by hovercraft conducted by Diethelm Travel on the navigational sections of the Mekong River, November 2002. The expedition team used a crane to transfer the craft around the Khone rapids in southern Laos close to the Cambodian border and resumed the journey to the Mekong delta. (Editor’s footnote added 1000, 11 October.) 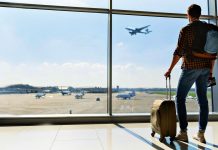