Police and officials of the Boracay Inter-Agency Management and Rehabilitation Group (BIAMRG) are warning tourists to “respect the country’s culture and traditions”.

According to the Philippines News Agency beach life requires decorum and respect after photos of a female Taiwanese tourist wearing a string bikini went viral on social media.

BIAMRG chief Natividad Bernardino told PNA: “We have our own cultural values as Filipinos and Asians. They should be able to respect that.”

The Taiwanese tourist wore the offending string bikini for two days running, and despite warnings from the hotel she insisted it was “a form of art,” Bernardino said.

Hotels and resorts warn visitors of the dos and don’ts on the island, which include smoking and drinking alcohol as well as hosting beach parties.

The tourist claimed it was quite normal to wear a string bikini in Taipei aa they prepared to leave the island last Friday.

An internet search indicates there are eight beach rules listed for Boracay.  Dress code is not mentioned, but it might be added soon under the decorum headline.

8 DO’S AND DON’TS TO ENJOY THE NEW BORACAY

Keep it clean
Don’t use single-use plastics such as bags.

No to plastic
Don’t take plastic bottles to the beach. Use metal or reusable tumblers.

Bring your own utensils
Don’t use disposable spoon and forks.

No smoking
Don’t smoke along the white sand beach.

No drinking
Don’t drink at the beach. Drink in a bar away from the beach

Clean up
Take your rubbish with you.

The party’s over
Don’t organise or join beach parties. Party at your resort or bar 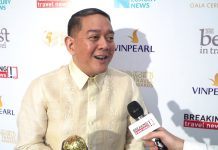 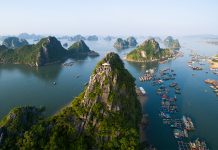 Vietnam’s tourism drops through the floor