BANGKOK, 14 May 2019: AirHelp a flight compensation organisation named its top 10 airports for 2019 at the weekend, leading off with Qatar’s Hamad International Airport with a score of 8.39 out of 10.

Singapore Changi Airport that usually walks away with the top airport awards year-after-year had to settle for seventh place with a score of 8.27.

India’s Hyderabad International Airport was the third highest placed airport in Asia positioned eighth also with a score of 8.27.

In Southeast Asia, very few airports were included in the 132 airports surveyed, with the exception of Bangkok’s Suvarnabhumi airport placed 55th with a score of 7.63 and Kuala Lumpur 120th on the list with a score of 6.75.

AirHelp checked out 132 airports worldwide and the dubious honour of footing the table went to Portugal’s Lisbon airport with a score of 5.77.

The AirHelp Score is based on three elements; on-time performance, service quality and the food and shopping experience.

AirHelp claims to be the world’s leading air passenger rights specialist that supports travellers to gain adequate compensation following a disrupted flight. It operates in 30 countries and claims to have helped 10 million travellers in the past six years. 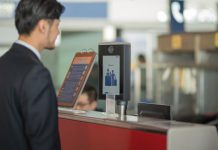