Air pollution levels peaked at the weekend with the AQI rising to over 400 and in some places in Chiang Mai as high as 600 on Sunday.

In contrast, Krabi is paradise with a AQI count of around 30, a healthy level that would tempt visitors and residents to uproot and escape to the beach to see out the annual smog season.

The main incentive of a direct flight is passengers save time and cash. They don’t need to change flights in Bangkok and fares are lower by around USD14 roundtrip between Chiang Mai and Krabi.

The new PG service started 31 March with flights on just three days (Sunday, Tuesday and Thursday) until 30 April. After that the airline will offer daily flights using its smallest jet the A319 with 144 seats. The flight departs at 1200 and arrives in Krabi at 1355.

We checked out the fares on Skyscanner and predictably the best deal on a direct flight Chiang Mai-Krabi was not on Bangkok Airways.

In fact, AirAsia offers twice daily nonstop services to Krabi with a roundtrip fare as low as USD132 with departure times from Chiang Mai at 0635 and 1625.

Bangkok Airways’ best offer on the new direct route starts at around USD205 for the mid-day departure with a flight time of just short of two hours.

In comparison, a roundtrip fare of USD219 is on offer if you fly to Bangkok and then connect with the airline’s service to Krabi.  The flight time on the connecting service is around four hours each way. That includes around one hour ground time between flights.

To put Bangkok Airways fares in context, Nok Air also offers a service to Krabi via Bangkok with a roundtrip fare of USD165.

If the fare is the only consideration AirAsia wins and as long as you have no check-in luggage, or require a specific seat you save around USD87.

But in Bangkok Airways’ favour if you like bundled fares that include a snack, checked baggage, seat selection and access to airport lounges then it might be worth the extra.

However, AirAsia offers two flights a day each way with a departure as late as 1910 from Krabi and that means more time in the sun if back home in Chiang Mai the smog persists. 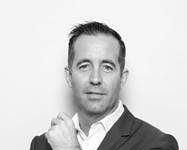