ROME, 29 November 2018: Chinese tourists almost doubled their travels to Europe in the first half of 2018, compared with the same period in 2017.

This was one of the key findings of the “China-Europe Tourism Big Data Report for the First Half of 2018” released by China Tourism Academy CTA and presented by Welcome Chinese, the official certification of the Chinese government managed by Select Holding.

According to the data centre of China’s Ministry of Culture and Tourism, 71.31 million Chinese travelled abroad in the first half of 2018.

With the promotion of China-Europe tourism cooperation under the framework of the 2018 “China- Europe Tourist Year”, Chinese tourists enjoyed more convenient access in terms of visas and flights, which boosted trips to Europe.

“As the second largest destination region for Chinese citizens traveling overseas, it is hoped that Europe is not only important for Chinese tourists, but also friendly.”

Commenting on the first release of a periodic report produced by Welcome Chinese and CTA, Select Holding and Welcome Chinese CEO Jacopo Sertoli said the objective was to “disseminate data on the positive impact and the improvement of hosting services for Chinese travellers.”

The World Cup fuelled an increase in outbound tourism to Europe last summer and traditional tourism witnessed a rise in popularity also during the off-season.

Thanks to the World Cup, Europe-bound tours from China consistently increased during the summer. The data shows that the number of people booking Europe tours in the second quarter of 2018 increased by more than 100% on year-on-year basis, and by 94% on quarter-on-quarter basis.

Europe is the second largest destination area for Chinese tourists, accounting for 13% after Asia. Chinese spend on average EUR300 per day in top destinations such as France, Germany and Italy.

According to the data on European arrivals collected from April to June, the flow of Chinese visitors has gradually changed. The difference in the numbers between off season and peak season is less evident and it shows that Chinese visitors now travel to Europe also outside of the Chinese holidays (Chinese New Year & national holidays).

In terms of travel methods, package tours are still very popular, but the number of Chinese tourists going to Europe independently is also increasing.

Data collected from the holiday travel bookings generated by the CTRIP website and Huayuan International Travel shows 67% was still package tours. This was mainly due to the language barriers, visa and culture differences.

Personalised products such as independent travel and customised travel accounted for 33%, and the proportion continued to rise.

The demand for European customised travel bookings through travel platforms increased by 127% from the previous quarter, much higher than the growth rate of the overall market.

Where do Chinese tourists go

They head for France, Germany and Italy. The World Cup brought popularity to Russia and Croatia.

The top 10 European destinations for the first half of 2018 were: France, Germany, Italy, Spain, Russia, United Kingdom, Switzerland, Greece, Czech Republic and Hungary.

France was the most visited European destination for Chinese tourists – probably to some degree due to the country winning the World Cup.

There was a surprising increase in Chinese visitors in countries that were not popular before such as Serbia, Russia, Sweden, Finland, Poland, Czech Republic, Croatia, Belgium, Norway, and Iceland.

More Chinese are now visiting Serbia thanks to the visa-free policy. Croatia, which gained second place at the World Cup championship, has become the most popular tourist destination for Chinese travellers this year. The data showed that travel to Croatia in the first half of this year was 2.5 times more compared to last year. Interestingly, about 60% of Chinese visitors to Croatia were women.

Traditional tourism products are still popular, but also less-known destinations in Europe are witnessing a rise in popularity.

According to the data collected from Huayuan International Travel, the France-Italy-Switzerland tour remained the top favourite for Chinese tourists, accounting for the highest proportion of all routes, (24.7%) , followed by multi-country connection (four countries or more) (19.8%).

The demand for customised travel in the first half of 2018 increased by 112% on year-on-year basis, much higher than the overall market growth rate. The most requested tour in the European customised travel section list was In-depth tour that last an average of 12 days with no more than two countries in one trip. The average cost was  CNY2,500 per person per day (315 euros).

Finding a local guide who is familiar with the place and that can speak Chinese has become a popular trend. In the first half of 2018, the volume of local guides in Europe increased by 242% on last year.

Judging from the gender and age analysis of tourists, women travellers surpass men in number, accounting for 55.6% in the second quarter.

The proportion of people age 30-40 is 24.2%, the highest proportion, followed by the group of middle-age and elderly people, mainly born after 1950 and 1960, ranking second and third. It accounted for 34.2% of the total number.

In terms of consumption, Chinese tourists that signed up for package tours in Europe spent an average of more than CNY12,000 CNY (1500 euros) per person. Compared with the first quarter, the spending trend increased 15%.

According to the National Tourism Economics Laboratory of China Tourism Academy that monitors the data of outbound tourism service quality in 102 countries around the world, the top 20 European countries in terms of service quality in this first half of 2018 were France, Austria, Portugal, Italy, United Kingdom, Czech Republic, Iceland, Spain, Germany, Greece, Serbia, Finland, the Netherlands, Norway, Switzerland, Russia, Croatia, Sweden, Hungary and Denmark.

The biggest concern when travelling to Europe was theft. In some popular tourist countries Chinese tourists have become the main victims. European countries need to strengthen the protection towards Chinese travellers.

As 2018 is ‘China-Europe Tourist Year’, cooperation between China and Europe in the civil aviation field has developed. 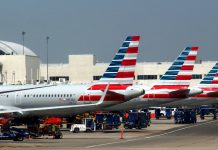