The country’s Aviation Corporation of Vietnam and local authorities in the central province of Thua Thien-Hue agreed, 28 August, to invest USD95 million in the expansion according to the official Vietnam News Agency.

ACV said it would supply the USD95 million budget, while local authorities would be responsible for clearing land for construction.

Work should commence by the second quarter of 2019 after the site has been cleared during the first quarter. It will take around 18 months to complete the project.

The latest project follows a 2013 upgrade and repairs to the runway that forced the airport to close for six months. Flights used Danang airport during that closure.

Once the new terminal and aircraft parking area are open, the airport will be able to accommodate 5 million passengers a year. Around 1.25 million international tourists arrive on domestic flights annually with the majority staying Hue. 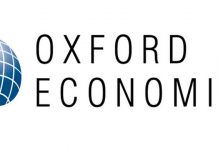