SINGAPORE, 20 August 2021: International travel in regional markets worldwide continued to decline during the first five months of this year, according to the latest data compiled by Statista.

In its latest assessment, Statista’s commentator Felix Richter noted that the Asia-Pacific suffered the most significant drop in international tourist arrivals this year, down 95%. At the other end of the spectrum, the Americas saw the smallest relative decline of 72% compared to 2019.

2020 was already dubbed the worst year on record for international travel, and most travel pundits hoped a recovery of sorts would get underway in 2021. It hasn’t materialised, and instead, the tourism industry is struggling as the situation goes from bad to worse.

The data showed a worldwide loss of 1 billion visitors or a decline of 73% in 2020, but so far, from January to May 2021, international tourist arrivals dropped 85% when compared with the banner year 2019.

UNWTO points out that tourism destinations worldwide recorded 460 million fewer international arrivals in the first five months of 2021 compared to 2019. Even when compared to 2020, when Covid-19’s stalled international travel from March onwards, arrivals declined by 65% in the same period in 2021, mainly due to stringent travel restrictions.

“Accelerating the pace of vaccination worldwide, working on effective coordination and communication on ever-changing travel restrictions while advancing digital tools to facilitate mobility will be critical to rebuild trust in travel and restart tourism,” UNWTO secretary-general Zurab Pololikashvili said in a recent statement.

The first signs of improvement in international tourism became evident as some travel restrictions were lifted during the northern hemisphere’s summer season. However, gains are likely to be washed out by the emergence of the more contagious Delta variant, which is fast becoming the dominant strain across Asia. 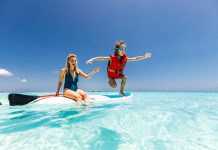 Tick the box for travel insurance