BANGKOK, 21 January 2021: The media rush to get a story first is strewn with potholes in Thailand as illustrated by the latest gaffe by a high ranking immigration officer.

A highly respected news channel, Khao Sod, quoted the Immigration Bureau spokesperson saying a negative Covid-test result would be mandatory for every foreigner who wishes to extend their stay in the kingdom.”

That was on Monday, and on Tuesday the apology followed also reported by Khao Sod.

“I apologise for the misunderstanding,” Major General Archayon Kraithong told the Thai/English online news service. “It will only apply to certain types of visa, most likely the permanent resident visa.”

A pattern emerges over the years of following the news. It takes three attempts to get the story off and running on the correct trajectory. The first release takes government officials’ words at face value, the second adds the backflip correction, and the third gets all the dots in a line.

In his correction, the bureau spokesperson said: “We’re waiting for the Council of State to interpret the new regulation”.

That puts us at stage two, having arrived confused and hoping for cloud clearing clarity. We anxiously wait for the facts to emerge in a forthcoming third edition of the news. A hint on version three’s content previews in the spokesperson’s apology — “likely permanent resident visa,” he tells us.

But we will have to wait and see. Breaking news hatches and mutates like the variants of Covid-19. Often it leaves us fumbling for the facts, but we have learned to add a footnote: “Hold on a minute.” 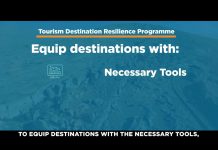