LANGKAWI, Malaysia, 20 October 2020: Located on the Strait of Malacca, Langkawi is famous for its beaches particularlyTanjungRhu one of the top 50 beaches according to CNN Travel.

Langkawi is also the first UNESCO Global Geopark in Southeast Asia. As the name suggests, geopark celebrates geological heritage in the context of regional sustainable development that empowers the local community.

A self-drive road trip is probably the best way to explore Langkawi. Usually, the route goes from the airport or the jetty at Kuah town to the Langkawi cable car and then back to the northern part of the island. Instead, we will head more south until we reach the tip of the island to connect with the Kubang BadakBiogeotrail.

Situated at the southwest part of Langkawi, Kubang Badak village is a typical Malay fishing village but its villagers are well versed in the Thai language which fascinates Thais who venture this far. In the 19th century, the Siam kingdom conquered Kedahstate where Langkawi is located until the early 1900s when the Anglo-Siamese Treaty redrew the border and Langkawi came under British rule. The intertwine of Thai and Malay culture remains apparent to this day.

Arriving at the village, you may want to try some Thai desserts with a local twist – mango glutinous rice or glutinous rice with salted fish. This dish is a famous breakfast that is enjoyed for its tangy and salty combination.

We are now at the village jetty where fishermen are preparing their gears for the next catch mostly lines, nets and bamboo-rattan traps, called belat, resembling a gill net.

Just in front of the jetty, a patch of mangroves sits at the fork of the river. This is Kubang Badak Islet, a young mangrove forest formed by the process of silt and mud deposition that cushions the shore from strong waves and currents from the open sea.

We are now taking a boat ride to discover more about Kubang Badak. Passing the mangrove forest, along the Siam River, we arrive at Menora Hill. This is a limestone, marble and dolomite hill with steep slopes.

Back in the 18th century, southern Thai residents took root further upriver from Menora Hill. The Thai community settled down and the river they reside on was then named Siam River. Subsequently, the village is named Siam Village. They also had their own centre of communal activities at Menora Hill including Menora theatre performances. Menora is a type of dance-drama found in southern Thailand and northern Malaysia.

As we travel up the Siam River, we take the boardwalk from the jetty towards the remnants of the original Siam Village. The community here used to plant rice and rubber for their livelihood. The remains of a 100 years old charcoal kilns sit right in Siam Village resembling a hobbit’s house at the entrance. This is one of the sites of early settlement on Langkawi Island.

Moving on, further to the sea, we see the Pinang Hill Cave Geosite. Let’s take a short walk to the cave. There are piles of oyster shells at the mouth of the cave, evidence of sea-level change in this area. About 6000 years ago, the sea level was higher – 15 metres from the current level. This cave is one of the largest on the island of Langkawi.

Retreating from the cave, we arrive at the estuary where water bubbles incessantly. It is called Tanjung Mendidih or Boiling Cape. Gas bubbles from the marine hot springs percolate to the surface giving the appearance it is boiling.

On the opposite of TanjungMendidihis the Jemuruk Island. Both locations are originally connected. Over time, the strong currents and waves caused gradual coastal erosion, eventually separating the two.

Going westward, we arrive at TanjungButa. TanjungButa is a geosite with diverse fossils and Machinchang Formation rocks, the oldest rock in Malaysia dating at 550-490 million-year-old. Machinchang Formation rocks are found in the northwest region of Langkawi, characterised by yellowish sandstones. Embedded in between these ancient rocks are the 500-million-year-old trilobite fossils.

By now, you should feel the pangs of hunger. It is time return to the jetty where local fishers cast a warm smile your way as they handle the fresh catch.

Can you believe that we have been to 13 special spots already? This is the Kubang Badak Biogeotrail that brings you the wonders of geological, biological and cultural heritage. What you can experience here is interconnected. You see how people use natural resources and recognise the importance of biodiversity. Here is a new source of income for fishing communities. Consider adding this heritage gem to one of your road trips stops when you visit Langkawi and be mesmerized by the geopark experience. 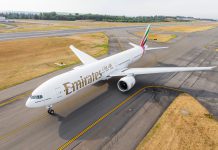