KUALA LUMPUR, 22 July 2019: Malaysia will slap an exit tax on all airline travellers regardless of nationality effective 1 September this year.

Details of the exact fees may change by the time the exit tax is applied, but the price tiers are based on the class of airline travel and the region travelled.

For travellers embarking on flights within the 10-country ASEAN region, they will pay an additional MYR8 if they fly economy or MYR50 flights in business and first-class.

The tax rises to MYR20 for flights to other regions than ASEAN for economy class travellers and as high as MYR150 for business and first-class passengers.

Critics such as AirAsia founder and chairman, Tony Fernandes, points out that airline travellers are already paying MYR35 to 73 in passenger service charges depending on the region travelled.  Tourists to Malaysia also pay MYR10 a night in a hotel tax.

Malaysia’s tourism pioneer, Tunku Iskandar, posted on his Facebook page: “ASEAN countries, through the ASEAN Tourism Agreement 2002, have all agreed to remove, or not to introduce levies or charges for intra-ASEAN travel.”

He noted that Dr Mahathir Mohamad during his earlier term as Prime Minister was a signatory to that agreement, along with other heads of state at the 8th Asean Summit in Phnom Penh.

“Is Malaysia now backpedalling? More importantly, are we willing to risk our position as a reputable ASEAN member state for an estimated MYR1 billion in additional revenue?

“Come 1 September, anyone leaving Malaysia by air, whether local or foreigner, will have to pay a departure levy. A thing of the past for most countries, such a levy has never been introduced in Malaysia as far as we know,” he concluded. 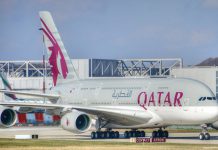