KUALA LUMPUR 21 January 2019 The Malaysia Association of Tour and Travel Agents reiterated its call that visa-free travel for Chinese and Indian tourists should be upgraded to a permanent status.

MATTA president, Datuk Tan Kok Liang, issued a statement on the MATTA website calling on the government to make visa-free travel for Chinese and Indian travellers permanent rather than just a temporary short-term exemption measure.

“We laud the government’s move to extend the 15-day visa exemption for tourists from China and India from 1 January to 31 December 2019, published under the Passports Act 1966 in the Federal Government Gazette.”

However the president stated that rather than “extending the visa exemption policy, the government should work towards granting visa-free travel for tourists particularly from China and India to attract more visitor arrivals and to become a tourist powerhouse holiday destination.”

According to Tourism Malaysia, the country received an increase of 34.2% in Chinese tourist arrivals and 10.4% growth in Indian tourist arrivals from January to September 2018, when compared with the same period in 2017.

“With the growth of Chinese and India tourists, the government should take the opportunity to entice these two top markets with convenient and hassle-free entry to the Malaysia,” the trade association president explained.

“For example, Thailand recently extended the waiver of visa-on-arrival (VOA) fees for visitors from 21 countries, including China and India through to the end of April. Arrivals from China and India spiked about 20% compared with the first half of November 2018, when VOA fees were still in place,” he said.

Indonesia grants visa-free travel to citizens of 169 countries including China and India nationals to their country. The visa-free policy helped to boost tourist arrivals by about 20% since 2014.

He argued that the Malaysia’s tourism industry is trailing behind neighbouring countries such as Thailand, Singapore and Philippines.

Tourist arrivals for ASEAN countries have recorded positive growth since 2017, with a 7.8% increase for Thailand, 6.2% for Singapore and 11% for Philippines. 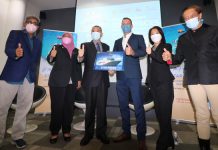