LONDON, 26 February 2018: Hotels in the Asia-Pacific region reported rises in occupancy and RevPar during January 2018, according to the latest data from STR.

Based on US dollar constant currency, comparisons for January 2018 versus January 2017 showed occupancy across the Asia-Pacific region improved by 4.6% to reach 67.5% average occupancy.

Based on local currency during the month STR offered snapshots of specific markets in the region.

STR analysts attribute the overall negative performance to Bali and the aftereffects of the Mount Agung eruption late in 2017. For the second month in a row, Bali saw a double-digit decline in both occupancy (-20.7% to 53.4%) and RevPAR (-24.1% to IDR786,454.77). Additionally, a later Chinese New Year (January 2017 vs. February 2018) had a greater negative effect on the country’s overall performance.

The absolute occupancy level and year-over-year increase were the highest in recent years in Mainland China.

STR analysts note that the later Chinese New Year helped pushed demand year over year in Beijing. The market’s 16.8% rise in room nights sold was driven solely by the transient segment (less than 10 rooms sold to one group or individual). A 25.2% increase in transient demand, coupled with a 19.4% demand decline in the group segment (10 or more rooms booked at once), indicate a strong presence of corporate and free independent travellers.

The absolute levels in each metric were well above the country’s January historical averages. STR analysts attribute the performance to strong tourism and corporate business, which helped push demand growth to 2.7% year over year. 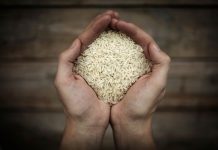 ‘Give with Oakwood’ returns for second edition Asset World teams up with Nobu