KUCHING, 13 May 2022: One of the longest-running jazz festivals in the region, the Borneo Jazz festival is returning to Coco Cabana, Miri, Sarawak, from 24 to 26 June 2022.

Themed “Jazz in The Jungle”, the 17th edition, will be held in a hybrid format for the first time to reach out to the greater jazz-loving community worldwide. It will be joined by performers from over countries, namely Singapore, Japan, France, Switzerland, USA, and Hungary, not to mention the best names in Malaysian jazz.

Curated by No Black Tie and in keeping with the festival’s objectives to bring musicians from cultural backgrounds together in Borneo, this year’s edition will highlight cross-cultural musical collaborations from jazz, soul and bossa nova to hip hop in celebration of Jungle Jazz.

Among those featured is renowned percussionist Steve Thornton from Brooklyn, New York, with his band AFRO ASIA.

Jazz and Afro-Caribbean rhythms come together with AFRO ASIA playing Rumba, Guaguanco, Samba, Calypso and Salsa, featuring sounds of percussion instruments from Latin America, Africa and Asia. Adding a unique Asian flavour to the sounds of AFRO ASIA will be Kamrul Hussin on Malay percussions and Sesatre Bansuri on Indian and traditional flutes, teaming up with one of Asia’s brightest jazz trios featuring pianist from Shanghai, Eric Li, Malaysian bassist Rozhan Razman and drummer John Thomas.

Another top bill is ASIABEAT featuring celebrated Asian drummer Lewis Pragasam, the founder and moving spirit of the pioneering ASIABEAT project, whose recordings and performances are now legendary in the merging of Asian and contemporary music styles. Since its inception in 1979, ASIABEAT has toured and performed more than 500 performances at concerts and festivals such as Edinburgh Arts Festival, Java Jazz and ASEAN Music Festival.

For the Borneo Jazz Festival edition, ASIABEAT will feature Helga Violin from Hungary, Grace Leong on Keyboards, Luke Joseph on Guitar and Zailan Razak on Bass. Sarawakian musician Clinton Chua will also feature as a guest singer. This will be the first large scale performance for ASIABEAT after a two-year hiatus.

In addition, Gecko & Tokage Parade from Tokyo, Japan, will be on stage.   The Japanese new-generation instrumental jazz band is led by the composer and pianist Wataru / Gecko, with their band motto “Pursuit of new-generation sound”. This four-piece band, with its attractive technique and ensemble playing pop and classical melodies, will appeal to the young generation of the audience seeking a new sonic experience from attending Borneo Jazz.

From Singapore and the US, Alemay Fernandez & Richard Jackson will woo the Borneo Jazz audiences with their refreshing style and unmistakable chemistry.

Next, MASIA ONE from Singapore. Born in Singapore, she grew up in Canada, where she earned her stripes in America and became inspired by her time in the Caribbean. Now this artist is reconnecting with her roots in Asia.

More names will be revealed in the coming weeks leading to the festival.

Jazz music lovers can start purchasing tickets for BJ starting 22 April 2022 from the website jazzborneo.com. For the public category, a one-day pass costs MYR128 per ticket, a two-day pass MYR228 per ticket and a three-day pass MYR338.

For those who want to enjoy BJ virtually, tickets are priced at MYR25 per one-hour block. For more information on the Borneo Jazz festival 2022, log on to BJ’s official website at www.jazzborneo.com. 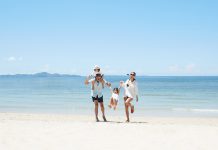 Summer holidays are back