A far cry from the usual 1,000 plus attendance, the 40th edition did make a statement on the resilience of the region’s tourism industry in the face of the global Covid-19 pandemic. With the Omicron infections surging in all 10 countries of the ASEAN Community, there was a clear risk in attending an international trade event. Mid-way through the five-day event, officials confirmed no reports of Covid-19 cases, while travel trade executives said attending the show would restore confidence in regional travel.

Commenting on the health risks, Anantara Angkor Resort general manager Chin Pitak said: “It’s a wait-and-see situation but (the Omicron variant) lasts much shorter than the past outbreaks … we have a high rate for vaccinations in Cambodia, including the rollout of the third dose nationwide… coverage is now only second to Singapore in Asia.”

Even travelling to Sihanoukville on the southern coast of Cambodia presented challenges. Sellers from Medan Indonesia left their homes before dawn on 16 January to arrive at the venue in Sihanoukville, Cambodia, late in the evening of 17 January. It illustrated the airline connection issues facing travellers within the 10-country ASEAN region, particularly between secondary cities.

But media attention shifted from ‘lion hearts’ to the arrival of Myanmar’s Minister of Hotels and Tourism Htay Aung, who lead a small delegation on behalf of the country’s oppressive military junta. He was warmly welcomed by Cambodia’s Minister of Tourism Thong Thon.

Htay Aung congratulated Cambodia for taking steps to safely reopen tourism, saying the experience would be a role model for Myanmar to restore its tourism industry.”

In contrast, Myanmar is teetering on the verge of civil war as the country’s military junta crushes street protests and opposition while ignoring ASEAN’s five-point policies of engagement on resolving the crisis. Back home in Myanmar, travel industry staff, tour guides and entrepreneurs are imprisoned by the military without trial. Last December, travel executives in the region appealed to Htay Aung to step in and seek the release of a popular tour guide without success. There are very few travel colleagues from Myanmar attending this year’s ATF. Their careers and business have been devastated since the 1 February 2021 military coup.

While Cambodia welcomed the military junta’s appointed minister of tourism at the ASEAN Tourism Forum’s official government meetings, a Reuters quoted Singapore’s Prime Minister saying the Association of Southeast Asian Nations (ASEAN) should continue excluding Myanmar’s junta from its meeting until it cooperates on agreed peace plans. It could take years before Myanmar once more travels the path back to democracy and revives its battered economy and tourism industry. 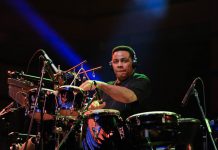