SINGAPORE, 16 September 2021: Bali is not alone in hoping it can ban backpackers and instead favour wealthy travellers when the Covid-19 threat recedes.

There are tourism bureaucrats around the region who dream of a day when tourism will target the financially privileged while pulling the welcome mat from under the feet of so-called backpackers or budget travellers. They won’t get their way as long as airlines fly three-class cabins that rely upon economy class passengers to stay in the air and low-cost airlines continue to dominate capacity on routes to popular leisure destinations in Asia.

This week, the Bali Sun reported that Indonesia’s “central government plans to forbid backpackers from entering Bali when the borders reopen for international tourism.”

Apparently, Indonesia’s Maritime and Investment Coordinator Minister, Luhut Binsar Pandjaitan, was quoted saying: ” Bali will not allow backpackers to visit the island… “We’ll aim for quality tourism, so we won’t allow backpackers to enter once the reopening plan for international travellers is officially put in place in the near future.”

The Sun captured Luhut’s comments during his visit to the island last Friday. Of course, the suggestion is ludicrous especially when you attempt to introduce definitions and rules to filter out the bedraggled backpackers from the rest of the travellers queuing at the immigration counter.

Like Phuket and other island destinations, Bali has been unable to come with a simple, practical set of rules that would allow the reopening of island borders to leisure travellers. whatever their financial status.

The Phuket Sandbox scheme illustrates the vast chasm between optimistic forecasts and the reality that sees visitors shunning the scheme because the rules are cumbersome and the PCR testing requirements far too expensive. Wealthy or not, you will object to paying double the cost of testing elsewhere, and who wants to spend days jumping through bureaucratic hoops to secure a holiday by the sea?

The move to open islands to international tourism is welcome. However, it should be enough to limit access to fully vaccinated travellers or those with an acquired immunity as long as they provide negative PCR tests on arrival at the destination and perhaps a second scheduled for a week later.

Even the Tourism Authority of Thailand’s governor recognises now that quarantine needs to go and test fees need to be cut in half. At best, the Phuket Sandbox attracted around 29,000 visitors from 1 July to 31 August, when forecasts suggested delivery of more than 100,000 visitors in three months. Quarantine at the destination or when you return home kills the experient. There has to be a better way to open doors to travellers than forcing them to isolate themselves at the start of a holiday or when they return home. It’s time to trust the vaccinations, trust the test and tracing.

Very little is said about the double jeopardy of quarantine on arrival and again when you return to your home country. It ignores the fact that very few people are so time rich that they are happy to quarantine 14 days at each end of a trip. Even if we concentrate on wealthy tourists, do we honestly think they will travel to destinations entrapped in cumbersome rules and overpriced testing?

Bali has the right to welcome whoever it pleases, but it would be wiser to base the decision on health status – vaccinations and negative tests rather than a dusty backpack slung over the shoulder. 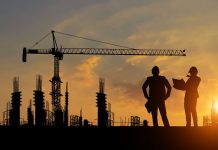