KUCHING, 10 July 2020: Sarawak’s national parks are now open and for the time being welcoming, domestic travellers from across Malaysia.

The same rule applies to adventure caving, and the tour must have an experienced guide knowledgable in caving. Only specific forest trails are open limited to three to five hours walk duration.

The details of the standard operating procedures can be downloaded through the Ministry of Tourism, Arts and Culture Sarawak website at mtac.sarawak.gov.my or Sarawak Forestry Corporation official website at https://www.sarawakforestry.com/. 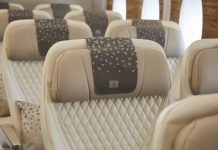