Tourism revenue earned from China reached SGD1,093 million down 1% but Indonesia the second largest earner with SGD732 million improved by 7%. India, the third-highest in revenue with SGD338 million recorded a decline of 6%. The top three markets contributed 43% excluding revenue from sightseeing, entertainment and gaming (SEG).

For country-specific revenue estimates, SEG earnings are excluded due “to the commercial sensitivity of the information”.

The sightseeing, entertainment and gaming sectors earned overall SGD1,865 million an increase of 2%.

China led other markets far behind in the shopping category with a 50% share of total spend, followed by 17% for accommodation and 7% food and beverage. Indonesia scored 29% for shopping, 13% for accommodation, 8% for food and drinks and 51% for “other categories.” 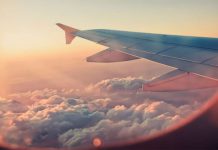