YANGON, 11 July 2019: Bagan is on the radar following UNESCO World Heritage recognition, last week, but for travellers resident in Southeast Asia getting there takes more time than you imagine.

Famed for its thousands of ancient pagodas, the spotlight shines on Bagan as it joins other popular World Heritage sites Luang Prabang in Laos and Angkor Wat in Siem Reap, Cambodia in the Mekong Region.

But if you are a resident of Bangkok, Kuala Lumpur or Singapore the time spent travelling to Myanmar’s heritage gem might dampen your enthusiasm.

Best fares available out of Bangkok vary from a low USD300 to 500, but we opted for the USD317 roundtrip fare for our planned trip to Bagan in early August.

No foreign airlines currently fly to Bagan so the single airline roundtrip itinerary is not possible. OTAs combine multiple airlines sometimes as many as four to secure a low fare there and back. No matter where you fly from you there are two points of entry to Myanmar, either Yangon or Mandalay, the country’s two aviation gateways. Bagan at least, for the time being, is served only by domestic airlines.

The cheapest fares out of Bangkok’s Don Mueang Airport start at USD317 and if you prefer Suvarnabhumi airport the best offers to Bagan start at USD351.

Flight time is a short one-hour and 15 minutes on Nok Air’s Boeing 737-800s the airline chosen for the flight to Yangon.

On the outward leg to Bagan, you will face a two-hour wait in Yangon airport between flights, which is just enough time to collect your bag and check in at the domestic terminal. Domestic sector ticketing is on Myanmar Airways International, while the actual flight is operated by Air KBZ. Flight time is one hour and 20 minutes. Total end-to-end travel time is five hours and 15 minutes.

The return trip to Bangkok starts with a domestic flight from Bagan’s Nyaung-U airport to Mandalay on Myanmar National Airlines with a flight time of just 35 minutes.

Once in Mandalay airport you will face a long down time of three hours and 45 minutes to connect with the international flight back to Bangkok. No check through for you or your baggage.  The return leg has a travel time of five hours and 25 minutes.

According to popular OTAs, that is about as good as it gets in flight duration from a Southeast Asian city to Bagan.  Hardly worth the bother for a weekend, you might conclude, but if you can tag on a couple of days leave a Friday to Monday trip will give you enough time to explore Bagan and fit an iconic sunrise hot-air balloon ride for good measure.

From Singapore, the travel times rise dramatically to around 10 hours on the outbound trip and as high as 16 hours on the return. The best fares start at USD480 return.

Jetstar gets you to the Yangon gateway in three hours arriving at 1055 but then you face a five-hour wait to connect with the domestic flight that departs at 1530 and gets you to Bagan’s Nyaung-U airport in two hours and five minutes.

For the return trip, you face an overall travel time of 16 hours with two stops one in Yangon after transferring on the MAI flight (Air KBZ) from Bagan and the second stop in Bangkok to transfer to a Thai Lion Air flight to Singapore.  You arrive in Bangkok on Nok Air at 2245 and that gives you a long overnight wait of almost nine hours to connect with Thai Lion Air.  You have shelled out USD480 for this trip and it still involves two stops and marathon downtown in airports.

Out of Kuala Lumpur, the roundtrip fare costs USD434 while the travel time to Bagan is a hefty eight hours and 45 minutes flying Malindo Air to Yangon where you face a wait of nearly four hours to connect with the MYA flight at 1530 to Bagan.

The return trip is no better due to having two stops one in Yangon and the other in Bangkok.  It starts with an MAI hop to Yangon to connect with Nok Air’s late night flight to Bangkok that gets you in at 2245. That leaves you to endure a long marathon overnight wait to catch the AirAsia flight to Kuala Lumpur that departs early in the morning at 0751.

No matter how you juggle the flights and fares to get the right mix between price and convenience if you live in Singapore or Kuala Lumpur the return trip from Bagan can take up to 15 hours. An overnight stop in Yangon on the return leg might be a more comfortable alternative to pursue but that adds hotel and taxi costs.

From Singapore or Kuala Lumpur, the trip to and from Bagan takes on the dimensions of a painful marathon due entirely to poor connecting times between foreign and local airlines at the gateways, Yangon and Mandalay. They should be revised to bring Bagan into the short break frame for regional travellers. 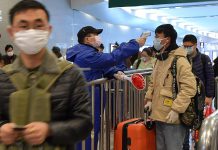