SINGAPORE, 21 September 2021: Singapore Airlines is ready to resume flights to Denpasar Bali from its home base Singapore possibly as early as this November.

The airline’s flights schedule up to December shows a roundtrip Singapore Denpasar is bookable starting 2 November. The airline’s website shows SQ 938  flying the route four times weekly (Sun, Tue, Fri and Sat), departing Singapore at 0905 and arriving in Denpasar at 1150. An afternoon flight SQ944 departs Singapore at 1620 (Tue, Wed and Sat) and arrives in Denpasar at 1905. Both services use a Boeing 789-10 aircraft. The one-way fare is around SGD226.

The flights are logged in the provisional schedule up to the end of December.

Bali’s travel industry is optimistic that positive signs indicate the island is approaching an opening date for international travel as early as November.

Last week, Bali reduced Covid-19 measures from level four to three, which allows more businesses to reopen and lift capacity restrictions on restaurants and other outlets serving the general public.

Reuters reported that the Indonesian Health Minister Budi Gunadi Sadikin hinted the whole country could reopen if the vaccination programme hits its targets. He told Reuters: “If we can vaccinate 70% of the target population of 208 million, if we can hit 140-150 million, 70% with the first dose, then we can gradually start reopening. And my calculation is that will be reached by November.”

However, Singapore Airlines’ latest travel alert that identifies its Flight Schedule for September to December 2021 warns that the Denpasar flights are still subject to change. This is apparent in its latest 13 September update: “Due to new regulatory requirements in Indonesia, Singapore Airlines will postpone the reinstatement of our proposed service between Singapore and Denpasar until further notice.”

According to its latest update, the airline currently operates services to the following regions and countries:

The Americas
The United States of America The advisory warns: “Some destinations continue to have travel restrictions, including limits on passenger numbers. As a result, some of the flights that have been listed may be closed for sale.” 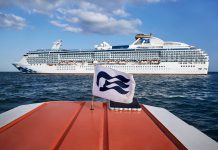