CHIANG RAI, 11 February 2020: A remarkable sports event in Bhutan catches the attention of fitness enthusiasts looking for a new challenge.

One of the most gruelling mountain bike races in the world, the Tour of the Dragon covers 268 km including four incredibly difficult mountain pass ascents all in a single day.

Lois Olney a competitive athlete since 1997, who lives in Chiang Rai for six months of the year and in Pennsylvania, USA, for the remainder, won the ‘Women’s 1st place’ in the 2019 Tour of Dragon last September.

Here, she recounts her experience riding one of the world’s most challenging mountain bike races.

It’s 0100 in the morning pritch black and very chilly. “Breathe in, butterflies out,” I repeat over and over. A drizzling rain heightens already taut nerves as I ride my bicycle to the Tour of the Dragon’s (ToD) start line. Even for someone who welcomes suffering on two wheels, as I do, I question my sanity at the prospect of climbing over 4,572 metres in one day.

I close my eyes and listen to the soothing chants of the monks in their flowing red robes. Despite the early hour, villagers from the bucolic hamlet of Jakar crowd balconies and school children dance in the streets. The 10th anniversary of Bhutan’s notoriously difficult mountain bike race and national pride is about to commence. But not before His Royal Highness  Prince Jigyel Ugyen Wangchuck, son of the fourth Druk Gyalpo (Dragon King), and President of the Bhutan Olympic Committee (BOC), greets participants.

A hush falls over the crowd as people bow in deference to the man who conceived this race 10 years ago, riding with his friends on a dare that the ride could not be done. Dressed in black, he strolls through the crowd, shaking hands and offering encouragement to the faint-hearted. On average only 50% of the riders finish the entire 268 km odyssey.

Even this morning, only 48 of the 51 registered riders report for the 0200 start time in Jakar where we are served hot butter tea, suja, a curious Bhutanese speciality of butter, salt, and black tea.

Unlike last year, when no woman even entered the race, this year counts a record five female participants. One of the women is 23-year-old Chimi Deema, an extraordinary endurance athlete and team racer from Thimphu, Bhutan’s capital city, joined by Jen, Tsheten and Laura. Three of the five women starting the race, including myself, will cross the finishing line.

0200: Boom! The pistol fires and we are off. By comparison to the other Goliath-like climbs up ahead, the first ascent to Kiki La is a gentle 8 km long climb to an altitude of 2,808 metres.

I hear the reassuring voice of the Prince saying, “You have left many strong men behind.” He has ridden up beside me briefly to offer encouragement, as he does for all the riders throughout the race, periodically hopping in and out of his truck and onto his dragon-ensigned bicycle to ride alongside them, accompanied by his bodyguards on bicycles and vehicles.

The road stretches out like a tiger flexing its claws, becoming progressively steeper as we reach the second mountain pass, Yotong La, an imposing 3,466-metre peak.

Plunging down Yotong La mountain in total darkness, I hear the whir of a motorcycle behind my bicycle. The lights from my knight rider pierce the dense fog rolling off the thick forests and highlight every mudslide, sleepy cow, and stray dog obstructing my 26-mile downward madness.

Thankfully the motorcyclist stays behind me until the first pink light of dawn creeps over the ancient Trongsa Dzong, the largest fortress in Bhutan, perched on a cliff high above the clouds. My knight gives me a thumbs up and rides away.

Evidence of Tibetan Buddhism permeates my senses as I ride into an awakening Trongsa town: wispy prayer flags flutter everywhere, ancient red, white and gold chortens dot the landscape, and swift turquoise mountain waters spin heavenly sounds from prayer wheels. Smoke from fires lit to appease the forest spirits singes my nostrils amid the pristine morning air. Riding high above the clouds, I am caught in Bhutan’s magical web.

As I approach Trongsa viewpoint over roads so rough my teeth clatter, I see the Prince. He is riding his bike towards me down a short muddy decline. He stops on a dime, pops a wheelie, and turns around to ride with me up to the viewpoint, asking, “How are you doing, Lois?” “I’m breathing hard, maybe I started too quickly,” I respond. As he rides off, he says something kind that I don’t remember. But the sight of the wheelie stays with me for the rest of the day.

Below me, as the winding road undulates toward the base of Pele La, the third and longest climb at 3,415 metres and 55 km awaits. I hear the thunderous mighty Mangde river, the cheering of early morning birds, and the cawing of a raven.

I notice the occasional lone villager walking along the road, looking down at a cell phone. Even in  Bhutan, monks stare at cell phones on temple steps. Children ogle video games and smart screens in an east-meets-west world.

Occasionally a car passes me. Most villagers stare at me, expressionless, as I force myself to smile. One of the five female ToD riders, Jen, had asked me why I ride. I replied, “I like suffering.” “Well, then,” she laughed, “You will love this ride because there are many opportunities to suffer.” I am suffering now.

“Do your best, do your best!” shout schoolchildren as I pedal by them and manage to snatch a water bottle from an outstretched hand or “high five” with an excited child. Finally, a car pulls up alongside me, and someone from the  Olympic committee shouts  out, “Lois, are you OK?”

By now the fresh morning air has long since faded into a distant memory. The verdant emerald green valleys and magnificent broadleaf trees give way to brown rocky shale and scrub dwarf bamboo bushes.

Finally, I recognise the yak herder handicraft stands along the top ridge of Pele La, and I catch a glimpse of a male rider’s strong legs pedalling up to the summit, the waiting crowds, and refreshment tents.

By this time, I have only been in the same hard saddle seven hours, 52 minutes and 28 seconds, ridden 137 km, scaled countless feet at lung-sucking altitudes, and dodged lethal potholes, all the while narrowly avoiding cows, dogs, people, cars, and fuming construction vehicles. I have 132 km more and the last and hardest mountain pass ahead of me.

Peddling hard, I charge down the mountain. This descent is 53 km long, drops 2,134 metres, and is riddled with areas of bone-rattling dirt and stones which appear out of nowhere. Thankfully most of those areas are marked by teams of orange-suited volunteers who assist with the race.

Once again, I spot the Prince and his entourage as we approach one of several bridges spanning the raging waters in the V-shaped valley below Dochula, where volunteers hold out bottled water.

Headwinds threaten to push me off my bike. The road meanders like the curves on the back of a dragon, as infernal gusts buffet me. I am riding in a vortex between two mountains with the powerful Dang river raging below me.

Just as I despair reaching the base of the final climb, I glimpse the cheering schoolchildren, the girls in their beautiful kiras and the boys in their traditional ghos, the national dress. They line either side of the road, waving pom-poms and traditional good luck khadhar scarves.

After crossing over the bridge at Wangdue Phodrang, I turn right to start the final brutal ascent to the top of Dochula, a deal-breaking, 3,148 metres monstrosity crowned with prayer flags and 108 chortens, 45 km away.

My drinking water is starting to run out, and approximately five hours of arduous cycling remains. The Prince had reminded riders. “Sixty per cent of your success depends on nutrition and hydration.”

Another line of cheering children line the road, but I cannot stop. A boy runs full speed beside me on the steep incline carrying a bottle of water, cap off, water sloshing. I grab the water bottle so hard I fear I hurt his hand and gasp, “Kadrinche la!”

Desperately I scan the road for landmarks, hoping against hope to see the familiar place which indicates 14 km from the top. A male rider in a blue kit appears to my right. By this time, I can hardly speak. “How far to the top?” I rasp. “19 km, then it’s all downhill,” he cheerfully replies. He’s not even breathing hard as he rides on and out of sight.

Now I’m ascending into the mist: a positive sign. “Maybe I’m nearing the top. Or is that rain I feel? How appropriate to start and end the race soaking wet.”

“Rain is a blessing,” a Bhutanese man had gently admonished me when I spoke aloud my wish for good weather.

A car slows beside me. “Do you need water?” the Bhutanese driver inquires. Four concerned-looking people gaze at me. I weakly shake my head, “No,” and croak, “How far to the top?” “I don’t know,” he responds and drives away. I ride on. Five minutes later, the same car reappears, but this time from the opposite direction. “It’s 9 km.” I manage a wobbly smile.

Ten km shortens to five, then four, then three, then two. “Is that prayer flags I see, fluttering among the clouds, beckoning me onward?

Down I go another endless descent, launching from the summit to the base on a squishy front tire, feverishly seeking the medieval dzong which overlooks Thimphu, and narrowly avoiding a herd of cows on a corner. I hit the freeway towards downtown Thimphu and smack into urban traffic. Again, like a guardian angel, a motorcycle escort appears out of nowhere, guiding me onward.

Fourteen hours, 16 minutes and nine seconds after I started, my wish is granted as I ride along the red carpet to the finish line; the new Daughter of the Dragon, the stuff of dreams and the first woman over the finish line. All I have to do now is get off my bicycle. As I dismount, I am unable to stand or breathe, overcome with emotion and exhaustion. Kind Bhutanese place a white victory scarf around my neck and help me walk to a medical tent.

In the end, 37 of the 48 riders make the cutoff. The youngest ToD winner in history, 20-year-old Pelden Wangchuck, nicknamed “Baby,” wins in an astounding 10:45:53. Of the women, Chimi makes history by being the only Bhutanese woman to ever complete the race, in 14:51:19, capturing the second-place prize, and Jen makes the cut off at the top of Dochula by one minute, landing third place. Tsheten suffers a flat tire and is thus unable to make the cutoff. Laura drops out due to severe fatigue.

At the BOC gala that night and again at a barbecue the next day, riders gather to celebrate, swap stories, and share dreams. Pelden dreams of becoming a professional rider on the international circuit while Chimi dreams of opening Bhutan’s first Cross Fit centre; on Tsheten’s wish list—no flat tires. 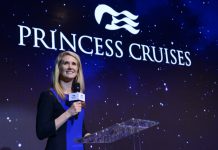