DALI, 15 May 2019: Yunnan tourism is a story of two competing hams. One is the famed and much sought after variety that takes years of curing to reach perfection, while the other is fast-tracked, short-cut version that satisfies the hurried demand of tourists visiting the province for a couple of days.

“Dali’s Nuodeng ham is famous, and local artisans would cure the hams for one to three years before selling them, that’s why they taste so good,” explains WildChina CEO Mei Zhang. “ But now, with mass tourists bargaining for a lower price, sellers fake a six-month leg of ham for a three-year-old ham.”

That’s the challenge across all Mekong Region destinations; how to ensure authenticity survives in a fast-changing tourism scene? The significance of the ham is just one aspect of Mei’s upcoming presentation at the Mekong Tourism Forum 28 May in Dali town.

WildChina’s founder Mei presents the tourism role of Yunnan’s famous ham in her book, “Travels Through Dali with a Leg of Ham.” Now she intends to take the message of the ham to the podium of MTF.

“An authentic brand can erode very quickly,” she warns in a preamble to her up-coming MTF presentation. “The ham making traditions are fascinating, so WildChina explored how to make the ham curing experience part of our journeys.”

It requires a global perspective to see the potential and go beyond the limits of Yunnan’s comfort zone, she explains.

“It will take time, money and courage to unveil Yunnan to a global tourism stage. I am not talking about the national stage, because Yunnan’s assets are not just of national stature, but of global stature, but we don’t have a global perspective now.”

Yunnan’s legendary Tea and Horse Caravan Road is a case in point. It achieves fame locally, but remains obscure and largely off the radar to the rest of the world.

“Everyone in Yunnan knows about it, I knew about it as a kid,” she explains. “When I got to Harvard, I assumed everyone knew about Yunnan, knew about THCR, and then I saw the puzzle on everyone’s face. “Where are you from again? Yunnan, where is that?? Tea what?

“Yunnan Ham, I knew Yunnan Ham was the best and most famous. Until I told people in America about ham, and people asked me, “Really, China has ham?”

She plucks these examples from her considerable experience heading WildChina a leading tour company promoting adventure and heritage travel across Yunnan.

She says they illustrate the extreme lack of destination marketing for Yunnan outside of China. The destination is still relatively unknown, not to mention the ethnic traditions, the food, the plants, the snub-nosed monkeys. All the treasures are still hidden from the world.

And they are likely to come under threat by cheap bus tours that are spreading their influence across Yunnan province.

“We are selling Yunnan’s heritage and resources too cheaply,” she told TTR Weekly.

“We set our eyes on the domestic market and quick returns. Yunnan’s government has to make a decision, a commitment, whether we want a global premium brand as a destination, or we want to make quick cash?”

Yunnan for decades has relied on the domestic market mainly from eastern seaboard cities in China.

High-speed train travel opened the province even more to less affluent travellers from across China lured by images of restored ancient towns, or districts, in Lijiang, Shaxi and Dali and the vibrant heritage of minority ethnic groups

“I would say, tourism development in Yunnan has done very well in the low-end domestic market, but it is driving meaningful experiential clients and high-end clients away. Most travel products are rudimentary…you buy a ticket (a very expensive ticket) to Cangshan Mountain, take the cable car up for a quick photo and down in no time. Cangshan is great for learning about the botanical history of how rhododendrons and camellias got to Europe and the Americas, but there are no in-depth interpretive walks offered.”

“How do you talk about the relevance of the Tea and Horse Road so the Rocker-fellers in New York are interested. Marketing Yunnan, one has to speak the language (I don’t just mean English, I mean the way of thinking) of the target audience. Yunnan knows how to speak to the mass market, but doesn’t quite know how to speak to National Geographic.”

As for a key takeaway, WildChina’s CEO suggests we stop competing for numbers and instead upgrade the Mekong travel experience taking it to a much higher level.

“People love Yunnan when I show them what the people, food and scenery are like, but when I tell them, Lijiang had 40 million visitors last year. (Just for comparison, Orlando Disney welcomes 20 million annually last year). That’s frightening.”

Mei Zhang is a keynote speaker at the Mekong Tourism Forum, hosted in Dali on 28 May and if her advance insights shared with TTR Weekly are anything to go by she will present a compelling argument for Yunnan tourism to adopt a pivotal role in the Mekong Region travel experience in the future. 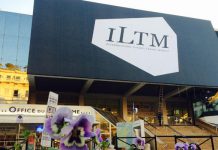 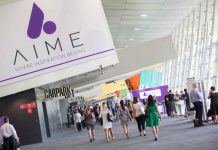 AIME 2021 turns to a hybrid format