KUALA LUMPUR, 29 April 2022: Capital A Berhad, formerly AirAsia Group, reported financial results for its consolidated AOCs* on Thursday, showing a healthy load factor of 76% based on an available capacity (seats flown) for up to 4.9 million passengers during the first quarter of 2022.

(*Capital A Berhad Consolidated AOCs (Air Operators Certificates) refer to the group’s airlines in Malaysia, Indonesia and the Philippines whose financial and operational results are consolidated for financial reporting purposes).

Passengers flown increased by 284% to reach 3.7 million year-on-year during the first quarter resulting in a nine percentage points improvement in load factor.

The group introduced an additional capacity of 238% year on year to support improved demand as travel restrictions eased in the country the group’s airlines operate.

As a result, available seat kilometres (ASK) soared by 223%, and revenue passenger kilometres (RPK) jumped by 264% year on year, primarily due to a strong domestic travel rebound and the gradual easing of travel restrictions during the first quarter.

AirAsia Malaysia reported passengers carried improved by 464% and capacity by 455%, compared to the same quarter in the previous year. Additional domestic flights and the relaunch of numerous domestic routes between major cities helped boost performance, particularly during the festive season.

In the first quarter, the load factor increased by one percentage point year on year to 74%. ASK jumped 475%, and RPK jumped 476% year on year.

AirAsia Indonesia achieved an improved load factor of 76% in the first quarter, up 20 percentage points year on year. Passengers carried and capacity improved by 126% and 141% quarter-on-quarter, respectively, off the back of additional frequency added for domestic flights, particularly Jakarta to Denpasar and between Jakarta and Medan. The RPK improved 129% to 436 million from 190 million quarter on quarter and increased 22% year on year from 357 million in the quarter.

AirAsia Philippines continued to record the group’s highest quarterly load factor at 86%, which rose by 12 percentage points year on year, despite a steep rise in Omicron variant cases in the Philippines during the quarter. The number of seats sold and capacity increased 233% and 186%, respectively, compared to the same period last year. Similarly, ASK, and the number of flights flown grew 203% and 186% year on year.

During the first quarter of 2022, AirAsia Thailand carried 1.45 million passengers, up 48 percentage points year on year, an increase over the past two consecutive quarters, mainly due to a moderate recovery in travel demand and the easing of some entry rules.

AirAsia Thailand has increased flight frequencies and routes to cater for the evolving resurgence in travel demand, resulting in a 32% growth to give the airline 11,002 flights, helped by the resumption of international flights. ASK and the seating capacity also improved by 34%. Moreover, AirAsia Thailand has reallocated its capacity and flights to align with the reviving demand. As a result, the load factor in the reporting quarter was recorded at 73%, rising seven ppts from the same period last year. 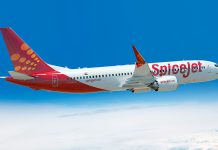