SEPANG, 30 November 2021: AirAsia responds to social media comments that accused the airline of posting high fares for flights between Peninsular Malaysia and Sarawak for the upcoming Christmas and holiday season that coincides with the State election scheduled for 18 December 2021.

In a press statement released at the weekend, the airline said it had filed an application to the Ministry of Transport Sarawak (MOTS) to permanently increase scheduled flights from Peninsular Malaysia and Sabah to Sarawak for the upcoming holiday season, Christmas and Chinese New Year.

The airline has today received confirmation from MOTS and the Sarawak State Disaster Management Committee (SDMC) for an additional 42 weekly flights from Peninsular Malaysia and Sabah to the state for a limited period running from 4 December 2021 to 5 January 2022.

“This has brought the fares down from around MYR1,000 one way to below MYR200 for a Kuala Lumpur to Kuching flight, and seats were very quickly snapped up.”

AirAsia Malaysia CEO Riad Asmat said: “As a low-cost carrier, we are a volume business in order to pass on the lowest fares to our guests. AirAsia’s operation is all about economies of scale where we need to achieve a high passenger volume so that costs can be spread among a sizable number of passengers, allowing us to offer travellers low fares and giving them great value for money. Historically, our average fare for flights between Sarawak and Peninsular Malaysia has been around MYR160 per one way passenger. This takes into account the highest fares and the lowest, including when we offer zero fare promotional sales.

AirAsia used to fly over 300 weekly flights into Sarawak pre-Covid, connecting Kuching, Sibu, Miri and Bintulu to Kuala Lumpur, Penang, Johor Bahru, Kota Kinabalu and various other destinations in Malaysia. Just for Kuala Lumpur – Kuching alone, the airline offered 12 and 15 flights daily on this hugely popular route before the pandemic.

Based on the latest approvals, AirAsia will fly five daily flights between Kuala Lumpur and Kuching which is a 67% reduction in capacity due to the restrictions by SDMC.

The airline is appealing to the MOTS and SDMC to approve a request for extra Chinese New Year flights and to remove frequency restrictions on all the approved flights entirely.

Comparison of flight frequencies operated by and/or approved for AirAsia between Sarawak and Peninsular Malaysia and Sabah pre-Covid and presently. This excludes domestic flights within Sarawak. 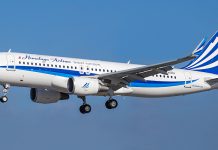