Her comments were picked up by Bernama, the national news agency, during a ceremony to swear in cabinet ministers after a recent reshuffle.

She backed proposals that make the resort island the first choice for the tourism sector to make a comeback due to its island location in the northern Malaysian state of Kedah. The minister claimed it would be easier to contain the pandemic and monitor tourists on the island.

Malaysia is keeping a close eye on Thailand’s experiments through the Phuket Sandbox and Samui Plus schemes that introduced a controlled number of vaccinated tourists to the two islands.

Langkawi would be the ideal location to introduce a similar scheme based on the plan to achieve herd immunity through vaccination this month.  The island has a population of 119,000 registered residents.

“International airlines also fly to Langkawi, so it is a focused and concentrated area for the tourism sector for those who have been fully vaccinated,” she told Bernama.

Once Langkawi declares a timeline for reopening, airlines that are keen to open routes to island destinations to help kick-start their own recovery are likely to consider flying charters to Langkawi, mainly from Europe. However, the quarantine issues at both ends of the roundtrip journey would need to be addressed.

If Malaysia continues to be on red alert lists in Europe, then returning home to an expensive quarantine regime would deter arrivals. That scenario is playing out for Thailand’s  Phuket Sandbox project following the inclusion of the country on the UK’s red list. The UK rule requires returnees to undergo an expensive UKP2,500 hotel quarantine covering 10 days once they arrive in the UK.

According to the Bernama report, the Tourism Ministry had initially targeted 1 September for the tourism sector in Langkawi to reopen to the public. The plan is now on hold until there is clear evidence of herd immunity and the vaccination programme covers around 80% of the population.

“Langkawi residents have achieved herd immunity, so they are ready, but they are now asking for a postponement because Covid-19 cases have risen sharply,” she said.

She added that tourism issues needed to be addressed urgently, and there was a need for new strategies in line with current challenges.

“We will set the main criteria for travelling as being vaccination and, God willing, tourists will comply with the new standard operating procedures (SOP) for tourism. So, let’s see how the arts and culture tourism sector can help raise the socio-economy of the people,” she said. 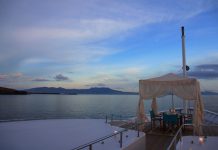