BANGKOK, 15 September 2021: AirAsia is offering a special promotion for government officials, state enterprise employees, members of the Federation of Thai Industries and the Thai Chamber of Commerce, including their plus-one entourages.

Discounts of THB100 per person per flight apply immediately, along with special privileges including 40 kg of free baggage allowance, up to 20 kg of sports equipment allowance, AirAsia Santan food and beverage discounts, Hot Seat privileges, free of charge flight changes up to 24 hours before departure.

AirAsia Thailand chief executive officer, Santisuk Klongchaiya, points out that AirAsia has received an encouraging response since it resumed  11 of its domestic routes at the start of September. It plans to increase frequencies and gradually bring even more routes back into operation in line with demand.”

Government officials were among the first to be vaccinated and have not suffered the financial cuts and furlough that impacted Thais in the private sector. They present an obvious target for domestic airlines that are resuming flights. In contrast, the rest of the population is in dire financial straits due to furlough, pay cuts and redundancies over the last 18 months.

Civil service, state enterprise, Federation of Thai Industries and Thai Chamber of Commerce cardholders will receive an immediate THB100 discount per person per flight for themselves and a plus one, along with a range of other privileges.  They must present a valid government official identity card at the ticket purchasing channel or contact the government officials ticketing agent until 31 October 2021 when the offer closes. 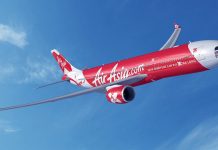