SINGAPORE, 27 July 202: Air travel bubbles are falling out of favour fast, and the latest example of their demise was evident in New Zealand’s decision to pause its quarantine-free travel arrangement with Australia.

First reported by Reuters, New Zealand puts the travel bubble with Australia on hold for at least eight weeks, Prime Minister Jacinda Ardern told the media at the weekend.

Australia is fighting an outbreak of the highly infectious Delta virus variant first identified in India. It has since spread across Asia and jeopardised efforts to reconnect the travel bubble between Singapore and Hong Kong after two false starts in late 2020 and earlier this year.

Reuters said the “travel bubble” had already been paused for travellers to and from New South Wales, Victoria and South Australia.

Demand for flights between Australia and New Zealand fell well below expectations since mid-April.

Scheduled airline capacity between Australia and New Zealand this month is around 44% of 2019 levels, according to data from aviation analytics firm Cirium, well below initial forecasts of more than 70%.

The trans-Tasman air travel bubble was served by Air New Zealand and Qantas and has suffered numerous resets.

It was launched as test and quarantine free, but New Zealand earlier this month introduced a testing requirement that made it more costly for Australians to visit.

Qantas and Air New Zealand said that starting 31 July, most Australia-New Zealand services would be cancelled and that they would maintain only a few flights for essential travel and freight. 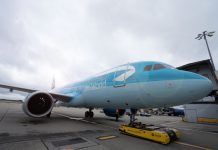