“Although this year’s celebrations felt a bit different with fireworks banned in many cities, some Lunar New Year’s traditions were still in place,” said STR’s regional manager for North Asia, Christine Liu.

“However, recent outbreaks and travel restrictions softened hotel performance for the festival period. Performance has been largely tied to the success of virus containment efforts.”

Daily occupancy in the market sat in the 30% range for most of the festival period (11 February-17 February), then rose to as high as 37.6% on Saturday, 20 February.

A forecast for China’s continued recovery will be among the insights shared during the upcoming Hotel Data Conference: Global Edition.

The event, which kicks off in the Asia Pacific region, will be held virtually on 25 March with 12 straight hours of live, data-driven presentations and panels. Registration is available here 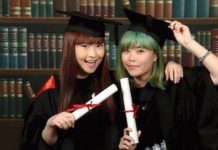