HANOI, 24 February 2021: Vietnam’s Ministry of Transport has extended the closure of Van Don International Airport in Quang Ninh province through to the 3 March 3, the Vietnam Government Portal reported.

The extension will allow authorities to suppress the transmission of Covid-19 infections in the province and particularly in the Halong Bay area.

The Civil Aviation Authority of Vietnam (CAAV) made the recommendations to extend the closure that initially came into effect for 15 days starting 29 January, after a security officer working at the airport was confirmed positive for Covid-19.

Since then, the northern province has recorded 10 new Covid-19 cases linked to the airport, which has now been designated a quarantine camp for 132 people.

All airport employees and staff will have to go into self-isolation until midnight on 2 March.

The Van Don International Airport is the first private airport in Vietnam, built and operated by local real estate Sun Group and the closest airport to the World Heritage Halong Bay. Phu Quoc rolls out the red carpet for tourists 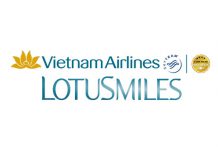