He was previously group president of global development, design and operations services for the global hotel company.

The appointments follow the death of Marriott president and CEO Arne Sorenson on 15 February 2021.

Under Capuano’s watch as the group’s development chief, Marriott’s pipeline reached 498,000 rooms as of 31 December, 2020, with more than half of the pipeline representing projects outside of the US.

Marriott International is based in Bethesda, Maryland, USA, and encompasses a portfolio of more than 7,600 properties under 30 leading brands spanning 133 countries and territories. Marriott operates and franchises hotels and licenses vacation ownership resorts all around the world. 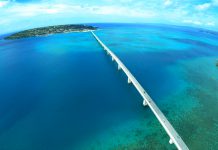