CHIANG RAI, 3 February 2021: Thailand’s Minister of Tourism is lobbying hard to allow vaccinated tourists to visit the country without a 14-day quarantine.

He talks about getting the measure approved by April or May and that once in place it could spell recovery for Thailand with tourist arrivals lifting off from ground zero to between 5 to 10 million by the end of the year.

But for Thailand accepting tourists who have been vaccinated is one matter while travellers having reliable proof they have received the required jabs and are now immune to Sars-CoV-19 virus is an entirely different matter.

The big push globally focuses on countries recognising a vaccine certificate or passport and how to distribute them, either through an app or in print, to those who have been vaccinated.

Printing of millions of blank certificates even to just cover those who intend to travel and have a passport would be an expensive task.  For a soft (app) or hard certification (print) to be trustworthy, it would require a single recognised and internationally approved template, just like our passports. As for the minister’s timeline, we might ask. How long will it take for governments to accept that vaccinated travellers can cross borders without quarantine?   How long will it take to have in place jab certificates that comply with a recognised template to demonstrate they are genuine?

Already there are fraudsters around the world printing certificates of entry, fit-to-fly letters and even false PCR test results that look pretty authentic with all the right boxes ticked. In London, they sell the bogus certificates with impunity at the entrances of Heathrow’s terminal buildings according to a recent BBC report.

There’s plenty of scepticism on the subject. Public health experts raise concerns because vaccinated people may still spread the virus. It would also penalise those who object to vaccination leading to a form of social discrimination.

For obvious reasons, tourist destinations like Spain, Greece, Portugal and Cyprus would support the vaccine certification push. On the other hand, France, which has experienced higher levels of vaccine scepticism has already rejected the idea, ABC News reported last week.

It reported that “Cyprus would abolish quarantine rules for travellers, if they were vaccinated, by March. In Poland, citizens who receive a second jab will soon be given a vaccine passport in the form of a QR code, and Denmark is also moving ahead with a similar system that will enable travel.” The UK is considering an app, but like all the proposals, there are security and fraud concerns.

So even if Thailand’s Minister of Tourism succeeds the chances of countries having certificates available and enough vaccinated citizens ready travel by April is slim indeed.

If jab certification is the solution, it would be better to join international efforts to introduce a single recognisable immunisation certificate or passport accepted by the World Health Organisation’s member countries.

Statista reports that “early efforts to secure vaccine candidates, quick approval progress by authorities and effective infrastructure for administration, means governments are already racing ahead in their efforts to start mass vaccination against Covid-19.

“Website ‘Our World in Data’, keeps tabs on the jabs and its findings show that Israel leads the race to reach the 60 to 70% threshold needed to suppress the spread of Covid-19 among the general population. 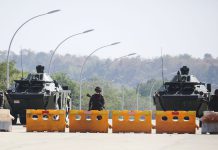