NEW DELHI, 5 January 2021: India’s newest airline soared into the sky Monday after securing its flying permit to serve smaller towns across the country from its home in Indore.

Flybig begins with service from Indore to Ahmedabad, using a 70-seat ATR72 under the government’s UDAN scheme that offers airlines financial grants to create new routes to secondary cities and towns.

The airline first surfaced last September according to a report in Simple Flying, an online aviation newsletter.

It tested some flights in mid-December 2020 from Delhi to Shillong, using a De Havilland Canada Dash 8 Q400 leased from SpiceJet. The airline will now operate the Delhi-Shillong route twice a week.

According to Simple Flying a one-way ticket from Ahmedabad to Indore costs USD327, while the Flexi fare costs an additional 10% but allows passengers to refund flights for free up to four days before the flight. 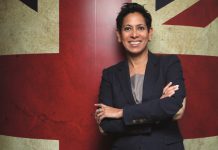