Commenting on the 16 November memo distributed widely to social media trade groups last Friday DTGs CEO, Stephan Roemer, told TTR Weekly that approximately 70 staff would stand down. They will accept salary cuts leaving them with THB10,000 a month (USD330), plus social security and health insurance contributions and other benefits such as cost of living allowances, paid by the companies.

Roemer claimed all the impacted staff (100%) agreed with the furlough terms. It allows them to pursue additional work offers without jeopardising their employment contracts with the two Diethelm companies.

“All employees of DTT and DTG released from work from January 2021 until further notice will be free to look for other additional work,” the memo stated. “It doesn’t look like we can expect international arrivals again before the summer or fall of 2021.”

Like all major travel firms in Southeast Asia both DTT and DTG report, almost no income since last April and efforts to shore up cash flow such as domestic travel to compensate for the absence of international arrivals “have not been successful.”

Currently, staff are on 50% reduced salaries or temporary leave until the end of 31 December when the new agreement kicks in. A core team assigned to keep offices functioning in 2021 will continue to receive 50% of their salaries; all other staff go on leave at THB10,000 a month, Roemer explained in Messenger texts.

Some expatriate executives including Diethelm Travel Thailand’s general manager, Christian Stoeckil, will return home and try to find a temporary job while accepting the terms “no work, no pay” until business returns at DTG.

However, in clarifications made to TTR Weekly, Roemer reiterated twice “we do not have a temporary closure. This is completely wrong… Again there is NO office closure” despite his signature appearing on the memo that says the “offices will be temporarily closed”. He alleged that “for labour law terms in Thailand it must state as temporary closure as only this status allows people to accept jobs while they are still employed.”

On-the-ground reality supports Roemer’s insistence that DTG offices remain open and commercially functional. Core staff estimated at around 26 Thais and four expatriates will conduct essential business activities at the offices.  The more than 70 staff who will stand down 1 January having accepted a reduced salary package remain protected by DTG and DTT employment contracts. Most of the staff standing down 1 January are working in marketing, sales, group services and on temporary leave.

“As per contract, people are not able to accept other jobs,” explained Roemer.“With this measure which is in line with our staff, they are legally allowed to accept temporary jobs, which a number of staff already have.”

Roemer who arrived in Bangkok last Friday on a flight from Switzerland noted: “We have full-time skeleton teams of at least one foreign manager and eight to 14 staff in each country… All other staff are still employed under a minimal salary, thus giving them the chance to accept temporary alternate jobs legally.” 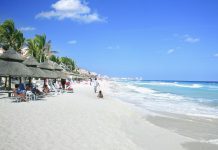