PHUKET, 10 August 2020: Taiwan’s EVA Air will delay the relaunch of its Taipei-Phuket service until 30 March 2021 instead of the previously confirmed restart planned for 29 September.

Taiwan is one of the few countries in Asia that has maintained a consistent policy to fight Covid-19 while minimalising the economic damage. In Thailand, tourism officials hoped that a travel bubble or corridor could be established between the two countries to reboot tourism.

But the uncertainties regarding when Thailand will reopen to commercial international airline services is now impacting on airline timetable planning into 2021. Recently Tourism Authority of Thailand officials admitted that it was doubtful that international leisure travel would return to Thailand even during the Chinese New Year celebrations in February 2021.

The flight will depart Taipei at 1105 and arrive in Phuket at 1420 with the return flight departing Phuket at 1530 and arriving in Taipei at 2100. 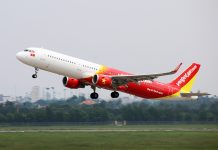