SHANGHAI, 14 July 2020: Over 150,000 people booked the “fly at will” air ticket discount package rolled out by China Eastern Airlines over the past two weekends.

As the first-ever air ticket discount package launched in China that allows passengers to enjoy unlimited weekend flights through to the end of the year “fly at will” released mid-June was priced at 3,322 yuan (about USD473.72).

As a result of the promotion, the average passenger load factor on China Eastern flights from Shanghai to more than 10 destinations rose by nearly 20%. Some popular flights have seen the proportion of “fly at will” passengers exceed 90%, while, wide-body aircraft like B777 and A350 were deployed to meet demand. Cabin factors lifted to around 90%.

Other airlines in China have launched similar products following “fly at will”. On 21 June, China Express launched a similar air ticket packages. On 1 July,  Hainan Airlines announced that its 12 airline companies would jointly launch an air ticket package with limited destinations.

China Eastern hopes that its “fly at will” can help boost businesses in tourism and hospitality so that relevant industries can tide over the tough time together, said China Eastern. 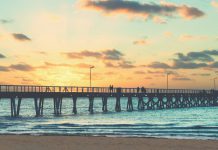