SINGAPORE, 26 March 2020: China and a few countries in the Asia Pacific are feeling the first signs of relief from Covid-19 according to a Sojern blog based on flight and online travel data published by the analytics company Thursday.

However, universities around the world, primarily in the US and Europe, are closing their doors, and this is prompting Chinese citizens to fly back to Asia. Some could bring Covid-19 with them that could prompt a second wave of imported infections in Asia.

Based on Sojern’s flight search data for 2 February to 21 March compared with the same period last year, Hong Kong, the Philippines, Singapore, as well as South Korea, Malaysia and Taiwan suffered early exposure to Covid-19, are now demonstrating the first inkling of success that could ultimately block the spread of the pandemic but the bets are off on when.

Strict travel restrictions, mandatory quarantine periods, and total lockdown in some cases are showing tiny signs of success in these countries.

A few countries have recently become more lenient in an effort to return life to normalcy. China’s Hubei province which announced it would lift travel restrictions this week provided citizens received a health clearance code.

However, since opening borders, more infections are evident as populations settle back into place. In turn, they must re-impose strict travel regulations on foreigners and quarantine new arrivals.

Australia has even announced it will close its borders for six months. India has gone into a total lockdown for at least a month to cut the spread.

These increases in flight searches are not signs of travel recovery in the traditional sense. For the travel industry, this could be interpreted as short term pain for long-term gain, as signs of governments took the health of their people and travellers seriously and this bodes well as an early indicator for true and sustained travel recovery.

Much of the travel-related searches within Singapore in early March, indicated hoteliers had turned to staycations which worked well with families who were looking for something to do with their kids during the March school holidays, without leaving the country.

Singaporeans were encouraged by the government and by local hotels and attractions to do staycations. The going rates dropped at hotels but it prompted a dramatic rise in hotel searches from within Singapore.

Additionally, a strong spike on 18 to 19 March occurred linked to the closure of  Malaysia’s borders, a move that stranded thousands of Malaysian workers in Singapore.

This sparked a significant influx of last-minute hotel searches as Singapore companies worked with the government to house thousands of affected employees in hotels until at least 31 March.

Singaporeans completing hotel searches in March are looking for staycations in March, April, and May as restrictions prevent international travel.

It represents a strong indication that people have confidence in their safety in Singapore. They are eager to return to life as normal and plan vacations once travel bans lift.

Sojern offers digital marketing solutions for travel are built on more than a decade of expertise, analysing the complete traveller path to purchase. 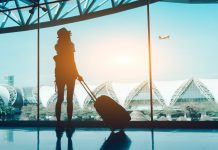 Signs that travel bans are easing up 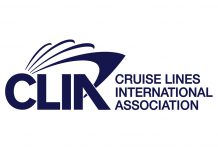