KUALA LUMPUR, 31 March 2020: The Malaysian Association of Tour and Travel Agents (MATTA) is calling on the government to allow the private sector to stop mandatory contributions to government funds and other schemes.

“The first measure the government should announce is to allow the private sector to stop mandatory contributions to the Employees Provident Fund (EPF), the Human Resources Development Fund and other levies,” said MATTA president Datuk Tan Kok Liang.

“EPF contributions by both employers and employees should be suspended from March 2020 until the end of the year to allow employers to manage their cash flow better and for workers have more cash for living expenses.”

Tan wants an immediate deferment of corporate and individual taxes for the year of assessment 2019 as well as help businesses pay 60% of employee wages up to a maximum of MYR 4,000 per employee for the next six months to avoid mass layoffs due to the extreme economic challenges faced by businesses caused by the Covid-19 pandemic.

“If such assistance and stimulus are not forthcoming very soon, liquidity issues will force many existing SMEs tourism companies and facilities to cease operations resulting in a large number of workers losing their jobs”, he explained.

“The tourism industry employs more than 3.5 million people (23.5% of our nation’s total employment), representing nearly a quarter of all jobs in Malaysia. It is expected that two in five people or 40% of the people would lose jobs and consequently, this will create a ripple effect on other sectors.”

“Secondly, the government should further assist tourism and related companies by absorbing 60% of staff salaries up to MYR4,000 per month for each staff for six months effective April to September 2020.

“For this month, we have an estimated 90% drop in revenue, and we expect the revenue from April to May to be practically nil. This request may seem “unreasonable”, but we are now under extraordinary circumstances.”

Several countries have already started implementing ’employee retention’ initiatives with countries like the UK and Denmark, offering to pay up to 80% of wages. Other countries who have also implemented similar strategies include South Korea, Ireland and Singapore.

“The key point here is to protect jobs! Businesses cannot be expected to keep paying employees when there is little or no income – it’s either close shop or lose jobs. Neither is desirable, and a win-win solution would be for the government to help both employer and employee by sharing the burden of paying wages”, said Tan. 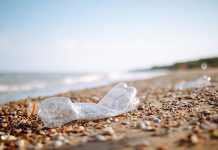 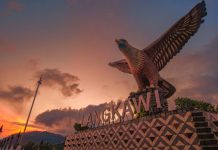