DENPASAR, Bali, 10 March 2020: Indonesia has added travellers from Italy, Iran, and South Korea to its list of foreign nationals who may be temporarily denied entry to the country.

Bali Update newsletter published by Balidisovery.com said the sudden surge in Covid-19 cases in Europe and South Korea is causing the Indonesian Ministry of Tourism to rethink its strategies “for restoring the national tourism industry.”

The report said Indonesia’s Department of Foreign Affairs has temporarily barred entry to citizens of Iran, Italy, and South Korea.

According to media reports in Jakarta, the Indonesian government based its decision on information published by the World Health Organization (WHO).

Last month, Indonesia slapped a travel ban on Chinese nationals as well as other nationalities who had travelled to the People’s Republic of China within 14 days of their visit to Indonesia.

Effective 8 March the temporary travel ban has been extended visitors from Iran, Italy, or South Korea.

If travellers from the named countries can show a health certificate to airline staff when checking in for a flight to indicate they have a clean bill of health they will be allowed to fly to Indonesia.  On arrival, prior to passing through the passport check, they will need to go through temperature scanners.

According to the Jakarta Globe during the first week of March, Indonesian immigration officials declined entry to 118 foreign nationals. 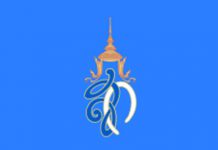