BANGKOK, 28 February 2020: Thailand’s official delegation to ITB Berlin, 4 to 8 March, cuts back activities with fewer executives attending from the Tourism Authority of Thailand and the Ministry of Tourism and Sports.

Similar cuts in team presence from Bangkok Airways and Thai International were also confirmed Thursday. The Thailand pavilion and the surrounding cluster of boots representing destinations across the country will function normally. However, veteran ITB attendees warn that some European tour operators might give the show a miss.

The Tourism Authority of Thailand cancelled the annual Thai media trip to ITB Berlin a standard feature for decades.

A TAT source confirmed that the country’s official events at ITB had been cut back in response to the global spread of the Covit-19 virus.

It is understood TAT cancelled the ITB Berlin Networking Lunch an event TAT and the Ministry of Tourism and Sports used to present industry updates for the international media and tour operators.

Other parties are likely to cancel this year to reduce risks linked to the Covid-19 virus, including the big annual bash hosted by the German tour operator Schauinsland-Reisen.

Meanwhile, around six Chinese travel organisers have cancelled their booths and are not sending delegates. Still, most of the pavilions for China, Macau and Hong Kong will be manned by local representatives or partner tour operators working with China.

It has to be seen how many of the 400 odd booths booked by Italian exhibitors will remain empty. As of today, Italy has 455 confirmed cases of the virus and travel restrictions are in place in some northern provinces.

According to reliable sources, Mongolia has cancelled all its ITB Berlin activities and will not have a pavilion or booths this year due to travel restrictions that prohibit Mongolian officials from attending the show. Iran will no-show at ITB due to travel restrictions linked to the Covit-19 outbreak in the country.  The cancellations represent just a tiny percentage of the 10,000 exhibitor companies from 180 countries that are attending the show.

A smaller but still important event promoting the Greater Mekong Sub-region (GMS) remains on the calendar for the first day of ITB Berlin.

The 4th Mekong Tourism Forum at ITB Berlin, 4 March, has attendance confirmed by high-level officials from five of the six-member countries, according to the Mekong Tourism Coordinating Office executive director, Jens Thraenhart.

He said top officials from tourism departments or ministries would attend from Cambodia, Laos, Myanmar, Thailand and Vietnam.

It is possible China will be represented by an official from one of its European offices in its capacity as the sixth country member of the GMS community.

Scheduled for Wednesday, 4 March 1100 to 1200, the event will be hosted by Mekong Tourism Coordinating Office attracting around 100 delegates mainly tour operators from Europe, tourism content providers from GMS and government policymakers. 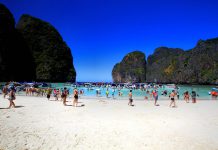 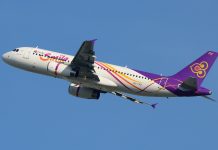