Now called Covid-19 its origin goes back to 1 December 2019 with one case in Wuhan China that increased to eight just seven days later.

Now the timeline is 87 days, and the count stands at more than 80,000 cases and 2700 deaths across 36 countries.  No one is forecasting victory over this highly contagious virus any time soon.

Within just a few weeks, the tourism industry’s fragile resilience to outside risks broke down. Losses are enormous, and the financial fallout could extend to 2021. Airlines face catastrophic declines in bookings. Chinese airlines cut capacity since January by 80%, and overall the airline seating capacity in the Asia-Pacific region tumbled 32 to 45%. Hotel groups plan unpaid leave for staff as occupancies plummet. Tour operators who relied on the China market are now parked and facing  “zero dollar earnings,” their cashflow washing away during what should be peak revenue months.  Tour guides who are usually paid by assignments are broke unable to cover their monthly living costs.

Governments in Asia’s tourism powerhouses — Thailand, Singapore, Malaysia and Vietnam — are about to throw their tourism industries a lifeline of financial hand-outs and support.

Singapore was the first to confirm financial support last week. Malaysia is due to announce its stimulus package  27 February, and Thailand will follow in early March.

Approaches differ with Singapore offering financial support to train staff in tourism and hospitality, covering up to 90% of training fees.

The core focus is on using downtime to improve work skills or retraining with an emphasis on improving digital literacy.  It will also give tour guides grants of SGD1,000 over three months to assist in living costs.

Thailand plans to offer soft loans to travel companies with interest rates of around 3 to 4%. Due to be approved early March, the stimulus packages of THB100 million will be managed by the Government Savings Bank. Funds will also underwrite a domestic tourism campaign to help in part for the massive loss in Chinese tourist arrivals.

Malaysia’s economic stimulus package due to be announced 27 February is likely to support tourism companies with soft loans, tax breaks and a moratorium on loan repayments. But unlike its neighbours,  Malaysia is two months into its high profile Visit Malaysia Year 2020 campaign, and Covid-19 could kick the entire project out of play.

To counter that outcome a substantial part of the MYR10 to 15 billion funding will promote domestic tourism.

The proposal from VNAT also recommends a cut in bank loan rates and a loan repayment moratorium.

Other measures include visa-free travel for nationals of more countries such as Australia, New Zealand, India, and Canada.  There are variations in how countries support tourism and hospitality to weather the Covid-19 outbreak, but they all seem to agree on one point. Tourism faces an unprecedented crisis that could have a significant knock-on impact on the region’s economies well into 2021. 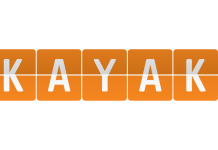