BANGKOK, 17 January 2020:  Thailand is scaling back its tourism forecasts to around 5% ditching earlier optimism that eight to 10% increases were still possible in a country that is now one of the top destinations worldwide based on sheer arrival volume.

According to a Reuters report, Thursday, the Tourism Council of Thailand president Chairat Triratanajaraspon conceded the days of the 10% annual increases could be over partly due to a strong baht that is making the destination more expensive when compared with its neighbours.

Last year, the TCT president noted the country notched up 39.7 million visits a headcount that reflects all foreign arrivals including those on annual work or retirement visas as well as overland trips from Laos, Cambodia, Myanmar and Malaysia. At the start of 2019, the country’s Ministry of Tourism and Sports set a target of 40 million.

But simple arithmetic rules suggest that expecting 10% annual growth rates even when annual volumes reach 40 million could be overly ambitious.  Growth rates are bound to fall as the volumes hit mega levels.

It is quite likely that excluding a major boost in output trends in the China market, that supplies more than 10 million visits a year, a 5% annual growth is now the norm or even a slightly ambitious expectation going forward.

During the last three years, the annual growth rate in tourist arrivals averaged less than 10%.

TCT says Chinese visitors could reach 11 million in 2020 while output from the higher yield markets of Europe will probably record a very marginal growth or a flat no-gains, no-losses trend for the foreseeable future.

But the strong baht is not the only factor that could impact on tourism flow to Thailand. Competition is heating up with Vietnam exceeding 18 million visits in 2019 and is now positioned as a destination that will challenge Thailand in the long-run.

It is making headway with a better security and safety rating than Thailand. A recent SOS survey on travel risk showed Vietnam outperforming as far as overall security goes. It is also seen as making the right moves to raise its poor road safety ranking to put some distance between its fatal accident score, and that of Thailand considered one the worst worldwide.

In the meantime, Thailand should enjoy a strong turnout of Chinese visitors during the Chinese New Year this month.

Overall, the Tourism Authority of Thailand estimates 1.1 million tourists will holiday in the country during the festival 24 to 30 January up 1.5%. Of that total, China will generate around 312,000 visits up 1.5%.

According to Reuters, TCT estimated the total Chinese visits at 800,000  during the holiday week. 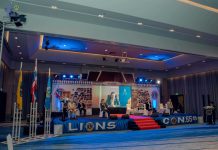