BANGKOK, 17 January 2020: Marriott International failed in its bid to secure an injunction in the Thai court to halt a legal claim filed by Minor International.

In a statement posted on its investor relations website, Minor International (MINT) said that through its subsidiary MI Squared Ltd, it had filed a legal claim in Thai court against Marriott International Inc and the Thai subsidiary Luxury Hotels & Resorts (Thailand) Ltd for THB 570,605,134.

The claim is linked to JW Marriott Phuket Resort & Spa, which is owned by MINT.

In the statement, MINT accuses Marriott of acting in bad faith alleging it had committed “serious and repeated breaches of Thai law”.

MINT’s alleged Marriott was openly competing with the JW Marriott Phuket through its operation of competing Marriott portfolio hotels in Phuket.

The statement claims it used facilities of the JW Marriott Phuket to promote Marriott’s other competing Marriott hotels.

MINT claims that Marriott’s management of the JW Marriott Phuket has suffered a steep decline in performance, high staff turnover and was guilty of “bad sales/marketing decisions.”

The legal dispute extends to allegations that Marriott misappropriated MINT’s confidential and proprietary information to promote Marriott’s competing hotels and unlawfully benefit Marriott’s own interests at the expense of MINT.

The hotel remains under Marriott’s management for the time being, and the recent “operating performance has been poor” the statement read.

Marriott International made the following statement in response to TTR Weekly’s request for comment.

“Marriott International acknowledges that a subsidiary of Minor International (”MINT”) has initiated legal action in Thailand against Marriott and one of its Thai subsidiaries. Marriott reiterates that such claim is meritless and should be heard in confidential arbitration.

Our Thai subsidiary recently secured an interim injunction in arbitral proceedings restraining MINT’s subsidiary from pursuing the action in Thailand.  We subsequently agreed with MINT to suspend the Thai proceedings pending the final outcome of our ongoing arbitration.  As we intend to comply with our contractual confidentiality obligations, we are unable to provide more information at this time.

We consider JW Marriott Phuket Resort & Spa has performed well compared to the market.   The dispute will have no impact on operations at the hotel, which continues to offer guests with world-class service and accommodations, a beachfront location and eleven culinary options.” 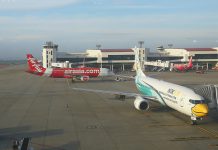